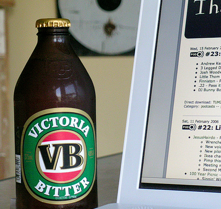 When I was in college I was definitely known for sending out the occasional late night email while not of sound mind or judgement. Most of them didn’t get me in trouble — most of them made absolutely no sense — but there was always that uncomfortable situation the next morning where I’d wake up and check what I had sent. Apparently, there’s a Googler out there who had the same problem — and now he’s solved it.

Mail Goggles is a new Google Labs feature, which engineer Jon Perlow unveiled tonight on the Gmail blog. Basically, the feature allows users to set a time when they know they probably shouldn’t be sending out emails (such as late at night on a weekend), and puts in place a system to prevent it.

If you try to send an email with your Gmail account during any of the times you specify through Mail Goggles, you will be presented with a series of mathematical equations that you will have to answer correctly before you can send. These problems can be set to varying difficulties on a scale of 1 to 5. You are given 60 seconds to solve the problems before it times out (though the timer does just reset saying “Oops, looks like your reflexes are a little slow. Try again.”). 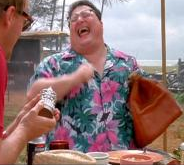 I’m reminded of the Dennis Nedry (Pictured: Right.) “Nuh, uh uh, you forgot to say the magic word” safeguard he had on his system in Jurassic Park.

I’m trying to send an email on difficulty 5 right now. I’m not going to lie — it’s entirely possible I wouldn’t even get through this safeguard while 100 percent sober.

This would have saved me some headaches several mornings in college. Well, maybe not the headaches, but the worry that I had sent something I shouldn’t have the night before.