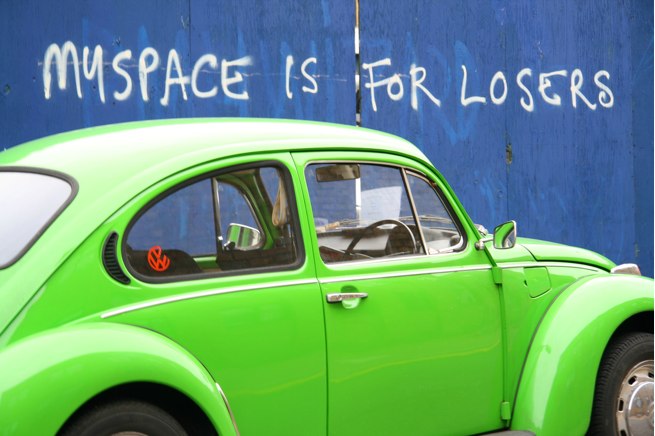 A radio DJ in my hometown recently mocked a caller for asking whether the station had a MySpace account. The uncomfortable exchange almost perfectly captured what the one-time website for friends has become: a joke. MySpace is now so uncool that people are embarrassed to be seen there. 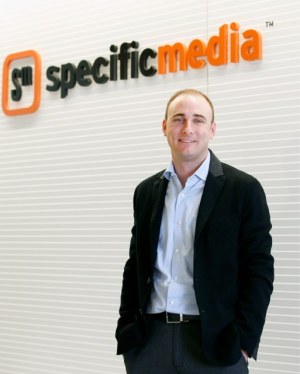 But MySpace is no laughing matter for Tim and Chris Vanderhook, brothers who aren’t grim about the social network’s chances at a full-fledged comeback. The pair cofounded the interactive advertising company Specific Media with their other brother, Russell. They’ve been running MySpace, somewhat stealthily, since late June 2011, with Tim as the chief executive and Chris as the chief operating officer.

In a moment of honesty, I recounted the radio DJ story to the Vanderhooks. They responded with equal candor.

“That’s the old MySpace. Why would you think any different? Most people out there, up until about a week ago, had nothing really new to go on,” Chris told me. “And by the way, we’re not clueless and live in some dungeon and don’t understand that. We bought MySpace full well … we knew what we were dealing with.”

What are they dealing with exactly?

At worst, the Vanderhooks paid $35 million for a disgraced site overshadowed by Facebook and abandoned by social networkers looking for their real friends elsewhere.

At best, what they acquired is access to a creativity community of artists, DJs, directors, producers, labels, and a built-in streaming infrastructure that gives these people the capability to share their music with fans.

With an existing audience of 70 million monthly active users — 30 million of whom are in the U.S. — all may not be so gloomy.

Enter the new MySpace, with a design that’s so dramatic and bold that a recently released preview video got people all around the web talking and possibly rethinking their disdain for the site they’ve long forgotten.

“I believe [MySpace] has a shot,” Altimeter Group principal analyst Brian Solis told me. “People are worn out from Facebook, not sure what to make of Google+ … this might be the right time, right place for MySpace.”

In case you missed the memo, MySpace is no longer a place for friends — it’s a place for creatives.

The point, he said, is to help these content producers bring their media to the people who want to enjoy it.

But what does MySpace have that other social platforms don’t? Streaming infrastructure, Tim said.

“MySpace is the only social platform where the artist can come upload their music. We create a catalog for them … and they stream it out to consumers for free,” he said. “That streaming infrastructure was never really replicated on any social network, and for us, it was really one of the main reasons why the artist community still had a very positive affinity for the company.”

The brothers believe the streaming infrastructure, alongside analytics, will bring in artists who will, in turn, draw their fan base over to the new experience. They see MySpace as a one-stop destination for all facets of the music business: access to 42 million songs, events and shows, artist merchandise, and tracks for download or purchase. They believe this setup will keep MySpace distinct from competitors such as Spotify or iTunes, which are both popular digital music services that offer some but not all of these features.

The MySpace redesign, which is now rolling out to artists and members of the creative community, represents nearly a year of behind-the-scenes work. 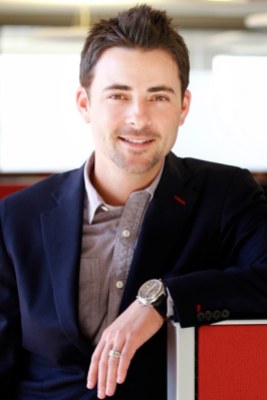 “We actually built everything from scratch,” Chris said.

“To make the site work properly and fast, we needed to start from scratch and build on a more modern code,” Tim added.

The first few months of the rebuilding process were spent narrowing the vision, listening to the artist community, and identifying what was necessary to fill the gap that the Vanderhooks see as the real opportunity for MySpace in present day Social Media Land.

Then it was time to tackle the design.

“We wanted to actually make something that was visually stunning, starting with the consumer’s profile, the artist’s profile, the discovery section that we have, and then really thinking through how design and devices play together as well,” Chris explained.

“We know tablets are the future. That’s where the horizontal scroll came through … because it just made more sense for the future device that everyone will be carrying.

The current social platforms are more of a tech space diary of what I’m doing, where I’m going, or where I’ve been. We wanted to create more of a visual stream that would represent the artist and their image in the way that they would do it. And that was really the driving force behind the design.”

The user experience should be easy for newcomers to figure out if the Vanderhooks have done their job. The horizontal scroll, in particular, channels how consumers naturally interact with physical items such as magazines and newspapers, and has been tailored to work on tablets and desktops alike.

MySpace is tablet-ready today. The company is, however, actively building native applications for all mobile platforms, the men said.

The pair have also hidden secret gems to make the MySpace experience more magical as people explore. Search, for instance, is a no-click experience. Just start typing and MySpace recognizes that you’re trying to input a query and automatically pulls up the search feature.

“There’s lots of these hidden things that we think consumers will intuitively figure out, and they’ll actually be even more excited about the design and the experience once they learn these secret areas.”

MySpace cannot survive on Justin Timberlake and nice design alone — not with a reputation marred by years of neglect. Time could, however, be on MySpace’s side.

“The stigma is incredibly deep within the old-school social media community,” said Solis, “but it’s not as deep with millennials.”

Indeed. Generation Y’s youngest members, born in the ’90s and early 2000s, were probably never MySpace users to begin with. Their lack of familiarity with MySpace, the sad old social network, could make them more open to using MySpace, the sharp new site for creatives.

The biggest question of all remains: Will you give MySpace another chance? If you’re anything like Solis, the answer is obvious: Yes.

“I was one of the folks who went to see if my MySpace still works,” he admitted.

He’s likely not alone. Solis said that he noticed many of his social connections reactivate their MySpace accounts immediately following the release of the video.

Perhaps then, mister radio DJ, the joke is on you.