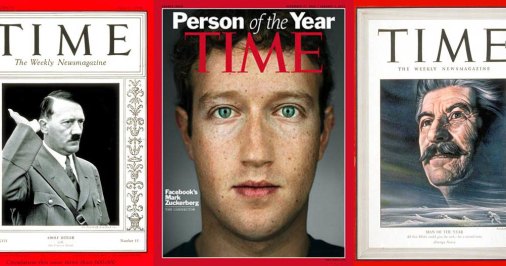 The conventional groupthink on Time’s naming of the youthful Facebook CEO as Person of the Year for 2010 is a sort of geek coronation, a celebration of his social network’s ascendancy.

But that simplistic take does an injustice both to Time and Zuckerberg. For the Person of the Year is an observation, not a celebration. As a young editor a decade ago, I worked at Time magazine and helped on Jeff Bezos’s 1999 Person of the Year profile. Within the Time-Life Building’s corridors, we always discussed the fact that Time’s founder, Henry Luce, defined the annual feature as noting the person who “for better or for worse” had done the most to change the news, even if that message didn’t always resonate in the wider world. Time’s current managing editor, Richard Stengel, dutifully notes that Person of the Year “is not and has never been an honor” and adds that Zuckerberg’s creation is “both indispensable and a little scary.”

Zuckerberg himself seems to lack that perspective. “This is a real honor,” he wrote on his Facebook page. The adulatory comments posted on his Facebook wall seem to mirror that naïveté.

Zuckerberg’s not the youngest Person of the Year — that was Charles Lindbergh, the aviator — but he has a long career ahead of him. With more than 500 million users on Facebook, he’s the sovereign of a new nation in cyberspace. Facebook’s corporate structure is designed to keep him in control for years to come. But do we really know how he’ll wield his power? And will it be for better or for worse?

(Before you go off in the comments about how it’s offensive to compare Zuckerberg, who’s Jewish, to Hitler, first of all, know that you are a supremely tiresome person. Second of all, I’ll point out that I’m Jewish, too, if you care. Third, Time magazine’s editors made the comparison, not me, by choosing him as Person of the Year. You can write to them at 1271 Avenue of the Americas, New York, New York.

Now, if you want to accuse me of violating Godwin’s Law, guilty as charged.)