The new Quartz app tells you the news like a friend sending texts. Messaging apps command bigger audiences than social networks. And now Apple is featuring the one-week-out-of-beta video-messaging app Tribe in the coveted first or second place on the app store in 110 countries, and among the top 10 in the United States, the U.K. and India. 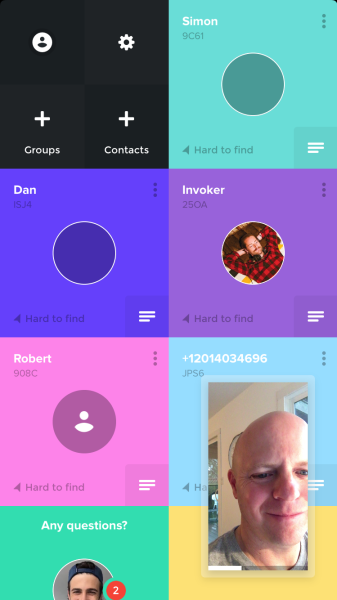 At first glance, Tribe is a simpler, easier-to-use Snapchat. The CEO of the French company behind the app, Cyril Paglino, agrees, up to a point:

“Yes, it’s easier to use … only one screen,” Paglino told me via email. “Only one action to do: press and hold a button to record. But we don’t consider Snapchat as a messaging app or competitor anymore.”

The app is incredibly simple — a nice contrast to Snapchat, an app so notoriously challenging that adults regularly turn to teens and tweens for hints on how to actually use it. I signed up for Tribe, and literally seconds later, I was sending messages to the CEO (remember your first friend on MySpace, anyone?) and five or six friends and business contacts who are already using the still-new app.

Tap a friend’s icon and boom, you’ve sent a selfie. Tap and hold, and you’re recording a video. It’s hard to imagine anything simpler — though I’m grateful the app gives you about three seconds before sending to give you space for sober second thought.

That ease of use is also a clue as to why Paglino believes that Snapchat is not competition.

“Snapchat is no longer a messaging app,” he stated in a Medium post last year.

That was news to me, but his explanation makes some sense.

Messaging is something basic, quick, and easy, not crafted, designed, and edited, according to Paglino. It’s in-the-moment and raw. And importantly, it’s ephemeral, meaning that spending a lot of time adding filters, text, emojis, and all the other interesting-but-time-consuming accoutrements that Snapchat has available is kind of a waste of time.

Why spend 5 minutes customizing a message intensively for just one recipient?

Which is why in Tribe, you can’t send a message to My Story (Snapchat), or your wall/feed (Facebook), or your stream (Twitter). You can only send messages to friends and groups of friends. And the messages are simple, basic, unadorned. 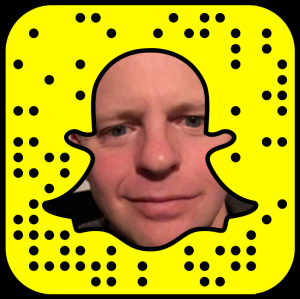 Above: Maybe I could use a teen to help me learn Snapchat too

“There’s no public content,” Paglino said. “No ‘From me to all,’ no stories … it’s a messaging app. Like Whatsapp, WeChat, Messenger, or even iMessage.”

Buy his perspective that Snapchat is no longer messaging or not, the reality is that Tribe is taking off. For an app that officially launched a week ago to be featured in the first or second position in the app store is impressive — many apps covet that unofficial seal of Apple approval, but few achieve it.

And getting featured by Apple has benefits:

“We are growing insanely fast: 80% more users per week,” said Paglino. “Our most active users open the app 60 times a day and send 100+ videos per day.”

The app currently has 100,000 active users, the company said, and is currently listed fifth in the U.S. and eighth in the UK, and first or second in 110 countries globally, including Egypt, Ireland, Israel, and Poland. Most interesting, perhaps, is that it is also listed second in India, the second-largest mobile market in the world, according to App Annie, Tribe’s App Store monitoring services.

India doesn’t have a lot of iOS penetration — the country is about 96 percent Android, according to the most recent TUNE data. But it is also perhaps the most mobile-first country on the planet, with a higher degree of m-commerce than any other nation and massive, massive scale.

To get second place on the app store in India is impressive. But of course, there’s a long way to go to unseat the giants of the messaging ecosystem in terms of actual installs and usage. The “big 4” giants of messaging — Messenger, WhatsApp, WeChat, and Viber — have a combined almost three billion monthly active users.

These huge user numbers are exactly what Quartz, Tribe, and the many other messaging-focused apps covet. Earning a top slot in the app store is a good beginning, but this battle has just barely begun.