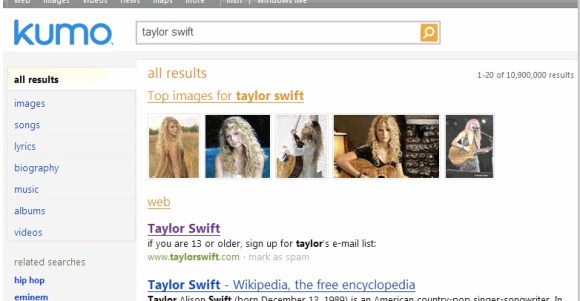 It has become clear that Microsoft’s efforts to chase down Google in the Internet search game simply aren’t working. So what can it do? Revamp and rebrand. That’s what Microsoft’s doing now with a project codenamed Kumo, which both BoomTown and CNET obtained screenshots of today.

Included with the screenshots was an internal employee memo from search executive Satya Nadella, which states that, “In spite of the progress made by search engines, 40 percent of queries go unanswered; half of queries are about searchers returning to previous tasks; and 46 percent of search sessions are longer than 20 minutes. These and many other learnings suggest that customers often don’t find what they need from search today.” 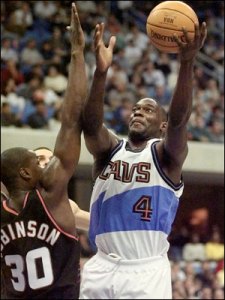 Microsoft obviously hopes Kumo, which is being tested internally, will be able fill those needs. Frankly, I just hope it performs better than it looks. These screenshots make Kumo look like a product that fell out of the ugly tree and hit every branch on the way down. Who picked this color scheme? Blue, light orange and gray? This looks like the ugly Cleveland Cavaliers’ basketball uniforms from the 1990s. The sidebar is a needed addition, but what on Earth is with the smudges of light pastel colors on selected items?

Where is the futuristic design aesthetic we saw in the 2019 video over the weekend? Do we really have to wait 10 years to get that?

Obviously, looks won’t matter so much and can easily be changed if this engine can perform, but that’s a big question mark as well. Microsoft bought Powerset, the semantic search engine, last year for north of $100 million. Its co-founder, Barney Pell, who now works for Microsoft as a search strategist, tweeted over the weekend that he liked where the updated search product was heading, as LiveSide caught. Hopefully that’s a positive sign. But we’ll see.