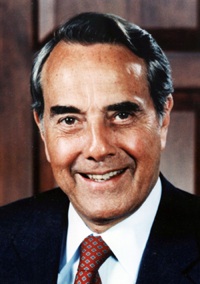 With each passing day the Microsoft/Yahoo/Icahn fiasco becomes less like a business deal and more like a televsion sitcom. But a bad one. With characters you don’t like. As such, I’ll keep this brief.

Microsoft finally got around to issuing a response to the statement Yahoo released on Saturday night saying it was rejecting what it felt was a unfair joint offer from Microsoft and billionaire investor Carl Icahn. Microsoft claims that Yahoo chairman Roy Bostock was being disingenuous in some of his claims that were presented in Yahoo’s statement — including the supposed key point that Yahoo’s board of directors and its chief executive Jerry Yang would have been replaced under such a deal. Microsoft claims that such an arrangement was never part of the proposal.

Meanwhile, sources close to Carl Icahn supposedly are saying that it was in fact part of the deal, reports Silicon Alley Insider. He said/he said/he said.

Microsoft also makes it sound like Yahoo came to them pleading for a new deal with the help of Icahn and so the software giant valiantly set its bruised ego aside and came up with a new proposal for Yahoo’s search business. How stoic.

Bored yet? You should read the actual Microsoft release. Not only is it humorously entitled “Microsoft Sets the Record Straight,” but the release features the word “Microsoft” 19 times. That’s in 51 total sentences. It’s downright Bob Dole-ian.

Everyone should just take a few days, let their egos cool down and get this deal done. We all know it’s coming.