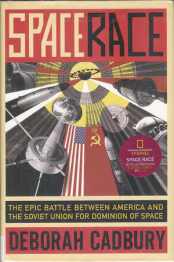 The new space race is on.

Last month, Google unveiled Google Mars 3D, a way to explore the Martian surface in the new version of Google Earth. Earlier this month, it unveiled a live view, historical map and guided tour of the red planet. Now, Microsoft is striking back with new Mars data and images of its own, thanks to NASA.

And the two companies are battling for virtual space supremacy over more than just Mars. Microsoft is announcing plans to make much of NASA’s planetary images and data available on its WorldWide Telescope software. This includes high-resolution shots of the Moon as well.

Google has long had a Google Moon site and has a lot of data about other areas of space available via Google Sky. And it has a Sky layer in Google Earth that showcases other areas of the universe as well.

While it’s not exactly the Americans versus the Russians racing to get to space, the data aspect of all of this is still compelling — and is good for users interested in this stuff.

This next-generation space race will really come down to who has the best data — and Microsoft is making a compelling case that it will. As part of its agreement with NASA, Microsoft is getting over 100 terabytes (or 20,000 DVDs) of data from the Ames Research Center (located at Moffett Field in Mountain View, Calif., which just happens to be the backyard of Google’s headquarters).

Microsoft previously had a relationship with NASA to create interactive 3D images in its Photosynth product using images from the Kennedy Space Center.

The image below is of the Proctor Crater on Mars and is an example of the kind of images Microsoft will be receiving from NASA. 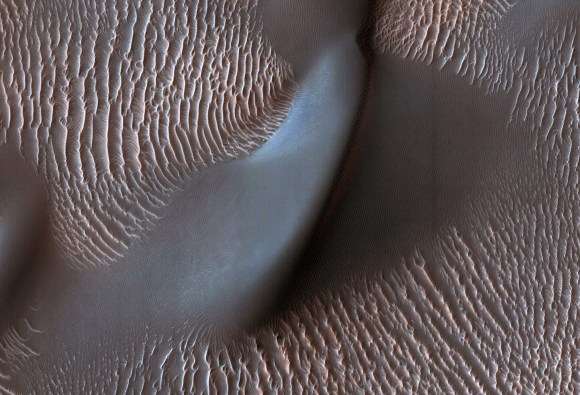