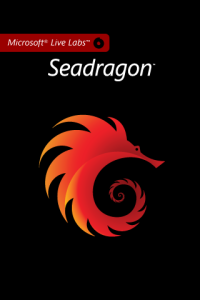 In an interview last year following Apple’s unveiling of the iPhone, Microsoft chief executive Steve Ballmer laughed off the new device. He’s not laughing anymore. Or at least, various Microsoft divisions under his rule aren’t. The company released its first application for the iPhone today, Seadragon Mobile.

Truth be told, Seadragon Mobile is less of an app and more of a technical demonstration for a Microsoft technology that’s pretty cool. Seadragon powers applications like Microsoft’s 3D photo-browsing Photosynth and is incorporated into its rear-projection TouchWall product. It basically gives users access to extremely high resolution images (we’re talking gigapixels) without requiring huge bandwidth or processing power because it stores several resolutions of an image and only pulls down the information it needs depending on zoom level.

But Seadragon still requires some amount of graphical processing on the client side, which is why the iPhone, which has its own graphics processing unit (GPU), is a good fit, Microsoft Live Labs group product manager Alex Daley told TechFlash. And that’s the thing. Even if it wanted to, Microsoft couldn’t run Seadragon on a phone that runs Windows Mobile (Microsoft’s mobile operating system) because there is none powerful enough. So it must turn to one of its biggest rivals, Apple, to showcase its technology.

To a certain extent, that speaks to the rumors flying about Microsoft possibly entering the mobile hardware business at some point next year. Rumors of a “ZunePhone” at CES seem misguided (at least somewhat), but Microsoft definitely appears to be working on some new things in the mobile space beyond Windows Mobile, which looks old and stodgy compared to the newer mobile platforms like the iPhone’s OS X mobile version and Google’s Android.

The fact that the Microsoft Live Labs team is the first Microsoft group to bring an app to the iPhone is somewhat surprising. A few months ago, all the talk was about TellMe, a voice-recognition company that Microsoft acquired, working on an iPhone app. Unfortunately, the team stated that it wouldn’t likely release anything before 2009 (which still seems pretty ridiculous to me — especially considering that Google released its excellent voice app much quicker). There has also been talk about a version of Microsoft Office for the iPhone, but who knows when or if we’ll actually see that.

Seadragon Mobile is available for free in the App Store. It contains about 50 sample images, but you can also add your own Deep Zoom content or images from your Photosynth account (though, as Microsoft notes in an update on the app page, the “Browse Photosynth” option is not currently working). 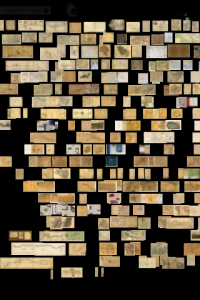 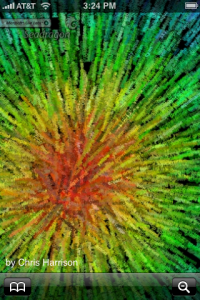