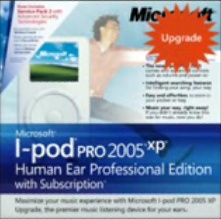 Microsoft has launched a special promotional contest to lure users to Live Search on its Australian web portal, Ninemsn. But the prizes for winning, surprisingly, include rival company Apple’s offerings: iPods Touches, iPod Nanos, and iPod Shuffles, according to the Sydney Morning Herald.

Ninemsn’s head of Live Search, Alex Parsons, said if [Microsoft’s own] Zune music player was sold in Australia it would have been offered as a prize instead.

It’s not the only tactic Miscrosoft is using to keep users. The article also notes that Microsoft is offering heavy subsidies on Windows Mobile smartphones to keep workers away from iPhones, and also forbids Ninemsn employees from using Google at work. It’s a smart strategy, particularly if Microsoft can manage to employ most of the planet. 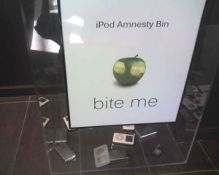 One also has to wonder where Microsoft is getting all these iPods to give away. The blogs were tittering last year when it was revealed that outside the Microsoft Zune headquarters there were “iPod Amnesty Bins,” which repentant Microsoft employees could dispose of their far-too-smooth iPods. That is, once they discovered the joys of the comfortingly chunky and clunky Zune.

Perhaps all those abandoned iPods just took a little trip Down Under.