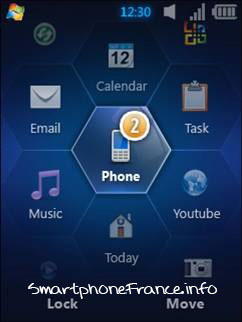 Earlier today, I joked that Microsoft may call the third-party application store for its Windows Mobile platform the “Microsoft Live Mobile App Emporium,” since so many obvious names are now taken with Apple controlling “App Store,” Google having its “Marketplace,” Palm laying claim to “App Catalog,” and now BlackBerry getting ready to launch its “Application Storefront.” Well, it looks like Microsoft may go in a slightly different direction for its app store name: SkyMarket, the codename used for the service since last year, could be officially unveiled as soon as next month, Neowin reports.

Actually, SkyMarket could be just one of three services that Microsoft may unveil at the Mobile World Congress (MWC) event in Barcelona, Spain next month. The software giant could also use the event to launch SkyBox, an automatic backup and restore system that easily allows for the transfer of information up to and back from the cloud (servers connected to the Internet that remotely store your data). Yes, it’s similar to Apple’s MobileMe and other competing services.

Another service, SkyLine, would be similar to SkyBox but would more specifically target small business users who could easily set up their own domains with Exchange support.

These last two offerings would represent the latest Microsoft efforts to move towards the cloud, following its major Windows Azure announcement back in October. They also represent more emphasis on syncing information across all your devices, like the company’s Live Mesh product aims to do.

The most significant entry of these three, though, has to be SkyMarket, which would of course compete with all the aforementioned application stores of Microsoft’s mobile rivals. Microsoft already has thousands of applications available for its Windows Mobile platform but no easy, centralized way to get to and download them all.

Windows Mobile 6.5, featuring a revamped interface, may also be unveiled at MWC. This is important since Windows Mobile 7 is said to face “serious delays,” as we reported back in September.