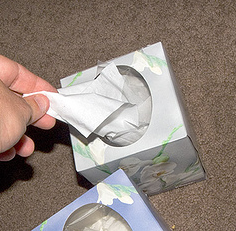 The market is pretty flat today overall but one stock is surging in early afternoon trading — Yahoo. The stock is up over 15 percent now, and I think we all know why: Microsoft.

That’s right, the company that first made a $44.6 billion, $31-a-share offer to Yahoo at the beginning of this year — only to have it and other slightly better offers spurned by Yahoo — may still have some interest in the Internet company. Well, at the right price, that is.

If you don’t believe me, just listen to Microsoft chief executive Steve Ballmer who said at the Gartner ITXpo today that a deal between the two companies would “make sense economically,” MarketWatch reports. Ballmer went on to say that he believes Yahoo probably still thinks its shares are worth as much as the $33-a-share Microsoft was willing to pay in order to get a deal done.

While some have claimed in recent weeks that Microsoft isn’t interested in Yahoo now no matter the price, today’s comments seem to be the first gesture that it will talk again at a significantly lower price. As I’ve maintained ever since the first deal dissolved several months ago, it just makes sense. Microsoft wants to rival Google in the Internet sphere, and while it can try paying users to use Live Search all it wants, the only real, meaningful way to get closer in a hurry is to buy Yahoo.

Yahoo, on the other hand, seemed to think it could go it alone (with an assist from Google in the form of a search advertising deal) when it rejected Microsoft’s bid. It’s becoming more apparent that it cannot. It’s stock was over $34-a-share at one point while the Microsoft talks were still on. When Microsoft first made the offer, Yahoo’s stock was in the $19-a-share range, now it has fallen far below that. Below its 5-year lows in fact — and its stock price is below its the level a decade ago. With rumors of massive layoffs coming, merger talks with AOL stalling and pressure from the government on the Google search advertising deal, what other options does it have?

Ballmer may have been personally annoyed by Yahoo’s rejection, but, as they say, this is business.

It won’t happen anytime soon, today was just Ballmer making a statement, maybe testing the waters, or maybe just messing with Yahoo’s stock (which, by the way, is now falling back to more normal levels). But without some major unknown deal happening (meaning not AOL), one day, Microsoft will own Yahoo.