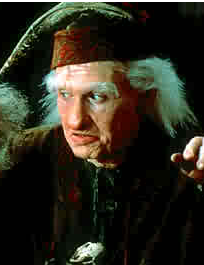 Perhaps you thought that the Yahoo/Microsoft deal was dead a while ago, when Microsoft walked away after failing to convince Yahoo to accept its takeover offer. But as Miracle Max taught us in The Princess Bride, “there’s a big difference between mostly dead and all dead.”

As Microsoft and Yahoo continued to meet to discuss possibilities such as Microsoft buying Yahoo’s search business, it was clear the dealings between them were only mostly dead. Today, however, those dealings appear to be all dead.

Yahoo has released a statement making it clear that any acquisition talks between the two sides, be it a full acquisition or a partial acquisition, are officially concluded.

While one might think Microsoft did something (beyond its threats of a hostile takever) to make Yahoo angry enough to walk away for good, the more likely scenario is that Yahoo is gearing up to announce a partnership with Google. Those two parties had previously trialed a partnership in which Google ran advertisements on Yahoo’s search results, today that trial may be extended or even made permanent. An announcement could be made this afternoon.

Microsoft will not be happy about this. Expect calls from the software giant for the government to look into this matter and intervene. Even if Microsoft and Yahoo had combined their search businesses, they would have been nowhere near Google’s market share. Now with Google and Yahoo potentially aligning, the chasm will be even greater for Microsoft.

What will be really interesting now is to see how billionaire investor Carl Icahn reacts. Icahn had been trying to launch a hostile takeover against Yahoo as well. He felt Yahoo was wrong in spurning Microsoft’s offer and made it clear he would try to take over the company and then flip it to Microsoft (it wasn’t clear if Microsoft would accept such dealing).

However, Icahn also indicated he’d be open to a Yahoo/Google partnership if a Microsoft/Yahoo one wasn’t a possibility. If such a deal happened would it placate him? Unlikely.