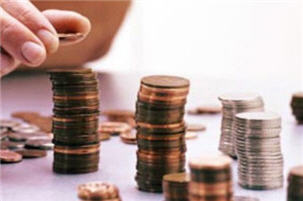 At least nine Facebook employees are selling company stock — that private-company stock broker Laurence Albukerk personally knows of. In a recent BusinessWeek article, he estimates there are “dozens” of employees already going through various brokers. Facebook has previously confirmed that it’s letting employees sell some of their company stock. Buyers include “two investment firms,” the article says, although it’s not clear if this includes venture firms, private equity firms or other investors.

What’s more, two current directors and one former executive have been trying to sell their stock at a $5 billion valuation. The problem is that Facebook’s official internal valuation is $3.75 billion, according to BusinessWeek and other reports — we’ve heard both that number and $4 billion. The $3.75 billion valuation is based on an internal estimate that the company is required to provide the Internal Revenue Service. If buyers prove willing to pay more than the official internal valuation, then Facebook may have to re-value itself higher, as discussed in an earlier article on Facebook’s valuation. To counteract that, Facebook is now requiring employees who leave the company to sign an agreement saying they won’t sell for more than the official number, the article says. This move may temper the desire of employees to sell stock now, as they might consider their stock to be worth more. Also, a higher internal valuation could also mean higher taxes for employee stockholders, and less of an upside for prospective new employees.

So, why is Facebook introducing this stock-sale program in the first place? Besides a cold IPO market — Facebook plans to go public, not sell — word got out that a few current and former executives were selling some of their stock, BusinessWeek hears, and employees started grumbling. Like LinkedIn, another hot web company that we’ve heard is letting employees sell some stock early, Facebook wants to keep everyone happy as it continues to grow around the world.