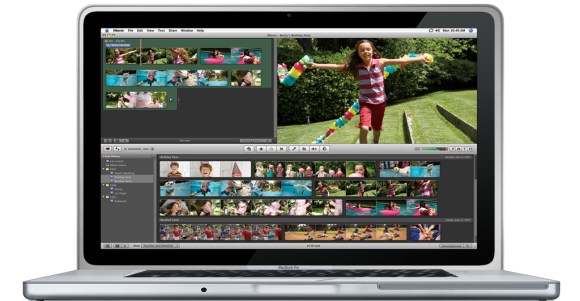 While it’s still very much in the rumor stage, there’s another report today that Apple’s MacBook and MacBook Pro lines could soon be twins of sorts. New 13-inch MacBooks and 15 and 17-inch MacBook Pros have apparently been spotted with matching aluminum enclosures, AppleInsider reports.

While the report is from an unproven source, it does claim that the devices are already stateside, which could definitely be a possibility if the new laptops are being unveiled in mid-October as earlier reports have suggested. A report a couple weeks ago suggested the new devices were already shipping. There are also some new details in the report.

The devices are said to look less like the current MacBook Pro (which also has an aluminum enclosure) and more like a cross between the MacBook Air (Apple’s ultra-slim notebook) and the current iMacs. It is certainly possible that Apple is giving the MacBook the same treatment it gave to the iMac last year. Apple’s desktop all-in-one computer used to feature a white plastic body (as the current MacBook does) before Apple updated it to its current aluminum and black look.

Previously, Wired’s Apple blog, Cult of Mac, suggested that Apple may turn its MacBook and MacBook Pro computers into one line with different price points. This new report of the similarities between the two suggests that may be possible.

[photo is a mock-up via MacRumors forums]

Update: Commenter stagueve pointed us to this French site which supposedly contains an image of one of the new machines. Is it real? Probably not. But you can decide for yourself.

One very cool thing this likely fake image does have is what looks to be the OS X dock on the touchpad. 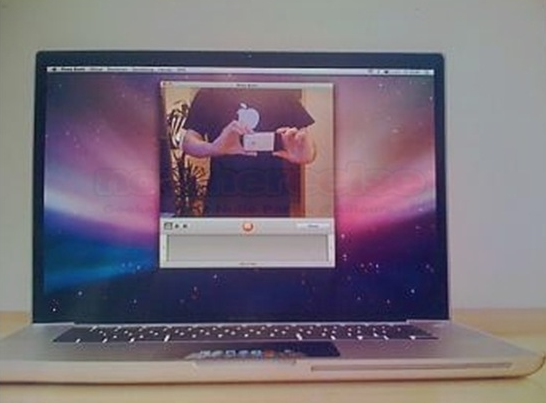