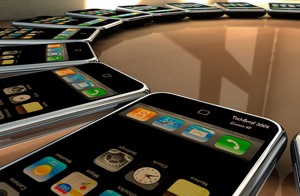 At the Mobile World Congress in Spain this week, ARM is teaming up with ST-Ericsson to show off its new Cortex-A9 multi-core processor. At a private event, the companies will be demonstrating what it says is the first Symmetric Multi Processing (SMP) model running on the Symbian mobile operating system. Symbian, while still the world’s largest smartphone operating system (with nearly 50 percent of the market in Q3 2008), fails to elicit the excitement of some of the newest smartphones. But don’t worry, the technology is likely coming to those as well.

Yes, that includes the iPhone, as AppleInsider points out today. The Cortex-A9 is the successor to the ARM11, which both the iPhone and iPod touch currently use. But truth be told, this technology is probably bound for a lot of smartphones. Apple’s devices currently use Samsung chips with the ARM11 technology, and a future iPhone might use the Cortex-A9 in chips built by Samsung, or perhaps built by PA Semi, the chip company Apple bought last year. As VentureBeat’s own Dean Takahashi says, “They take the core and dress it up.”

Cortex-A9 will apparently use two cores (but could use more) so that all tasks completed on mobile devices are carried out faster. SMP technology will also allow for chips that use less power than their single processor counterparts. Because a single processor doesn’t have to run at full capacity, the system can work at a lower temperature, sucking up less power.

Efficient power consumption is key to the iPhone and other advanced smartphones going forward. While there is talk once again about Apple’s Push Notification system, and its long delay, one of the main holdups is that allowing multiple applications to run in the background would suck up too much power. For proof of this, try running multiple apps in the background on a G1 Android-based phone — the battery life is awful, yes, even by iPhone standards.

There is growing talk (and evidence) that a new iPhone could be unveiled as soon as this summer. While it’s not clear when the Cortex-A9 ARM chips will be ready, it’s probably a safe bet that it won’t be that soon. So we may have to wait for multi-core iPhones until next year.