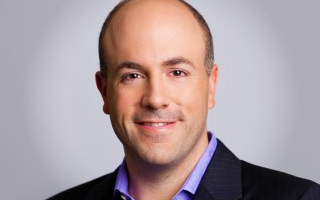 No one knows how hard the mighty can fall quite like Mike Jones. Jones was MySpace’s most recent CEO; his job was to assess a faltering social app and see if it was saveable.

Since Jones saw a once-powerful network through a period of layoffs, restructuring, and an eventual sale to an ad network, we wondered how he felt about the IPO of Facebook. After all, Facebook is the app that nailed shut MySpace’s coffin lid, proving that even strong apps can crumble quickly when faced with innovative competition.

But what Jones said surprised us.

“I’m super bullish on Facebook,” said Jones in a phone conversation with VentureBeat this morning. “I think it’s a long-term play… I literally couldn’t be more excited about it. Zuckerberg’s done a hell of a job.”

In looking at the social network’s IPO, Jones doesn’t only see the opportunity for day-traders to earn some short-term gains; he sees both Facebook and all its platform apps as “a monster” opportunity, even for longer-term investment.

Tech companies, even the high-profile ones, can come and go at a moment’s notice. Many of us observing from the sidelines can have difficulty picking a winning horse in such a confusing and complicated race.

“As far as long-term stocks go, Google has been an incredibly solid bet,” Jones pointed out. “I work with a slew of hedge funds, and they all love Google,” he continued, noting that hedge fund managers are also bullish about Facebook gaming powerhouse Zynga.

“I think they’re all going to feel the same way about Facebook.”

But why does Jones, who has ridden the ups and downs of the social rollercoaster firsthand, have so much faith in Facebook? In the end, he follows the money and sees more than enough opportunities for Facebook to cash in.

“It’s intriguing,” Jones said, “because Facebook’s risk is that they’re a single domain revenue source.” In other words, right now, all of Facebook’s revenue, including advertising and Facebook Credits, resides on Facebook.com — not Facebook-connected websites and not Facebook’s own mobile applications.

But Jones sees this changing. “Facebook is — I would assume — going to leverage their Connect infrastructure and distribute their ad and data platform offsite. When they do that, they’ll see the next stage of growth.” And at that point, the company will be competing more directly than ever before with Google, which has for the past couple of years been feeling the pressure of Facebook’s highly competitive ad products.

“They could also distribute games offsite,” said Jones, hitting on another highly profitable area for Facebook.

“When I look at Facebook, they’re not even monetizing mobile, and those are not small numbers,” said Jones, referring to the 425 million monthly active users that access the social network via their phones.

Another opportunity is Facebook Credits. The network’s virtual currency is still in its infancy, but the network gets a 30 percent cut of all Credits revenue from Facebook Platform games and apps. “If you think about the limitations that Apple has, you can’t sell physical goods through their payment system,” Jones pointed out. “But Facebook could open their currency to allow physical shopping, they could create credit cards.

“I’m just seeing waves and waves of options on how to build and scale their business beyond their current revenue … There’s a tree of billion-dollar revenue streams they’re sitting on,” he concluded.

At the end of the day, Jones pointed out, Facebook is already a household name with a huge following and fanbase.

“People will just want to own the stock,” he said. “When my kids were born, my dad bought them Disney shares, and we framed them and hung them up on the wall. They’re excited to know that they are a part of Disney…. People will log into E-Trade and buy Facebook stock because they love it and use it everyday.”

Jones is now CEO of Science, a Los Angeles-based technology incubator that is publicly launching its first startup in just a few days. VentureBeat will have the full story on that company, as well as Jones’ attempts to revitalize a post-MySpace LA tech community, next week, so stay tuned.