Social network Myspace clarified its future strategy of focusing on music at an advertising event Monday.

Myspace’s new owner, Specific Media, said it wants Myspace to become the number one online community music destination — the Hulu of Music, according to a report from All Things D.

Specific Media’s strategy relies on Myspace’s prior licensing agreements with the four largest music labels in the world as well as over 20,000 independent music labels. Myspace will also compete against a variety of companies, like Vevo, MTV, Spotify, Rdio, MOG, Rhapsody, Grooveshark and more. Basically this means Myspace doesn’t just want to become a service that plays music files but wants to be a service that plays and discovers music, provides customized radio channels, reports on music news and lets you share all of this with your friends.

It’s a mighty ambitious goal for a website that’s drastically losing traffic each month. Also, I’m not sure that Myspace’s music label deals put it ahead of other music services. Turntable.fm and Spotify, which are both relatively new competitors, have similar agreements and far more potential to succeed at this point.

As for what the new site will look like, Specific Media released a sole screen shot below that was ripped from a slide show the company produced to get marketers interested in Myspace. We’ve grabbed a few of the relevant slides out and embedded them below. Also, it’s worth noting that the right sidebar is the music playlist, which is likely a key component of the revamped Myspace. 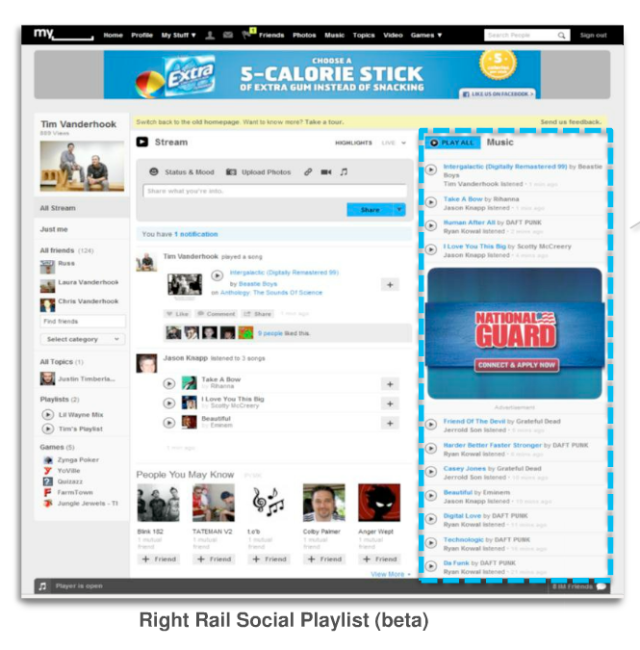 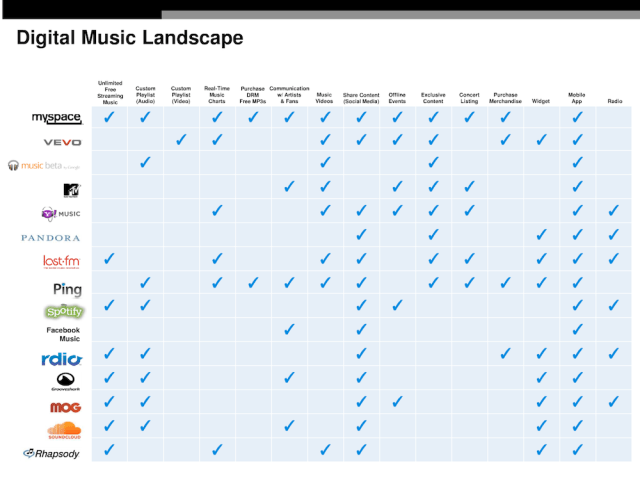 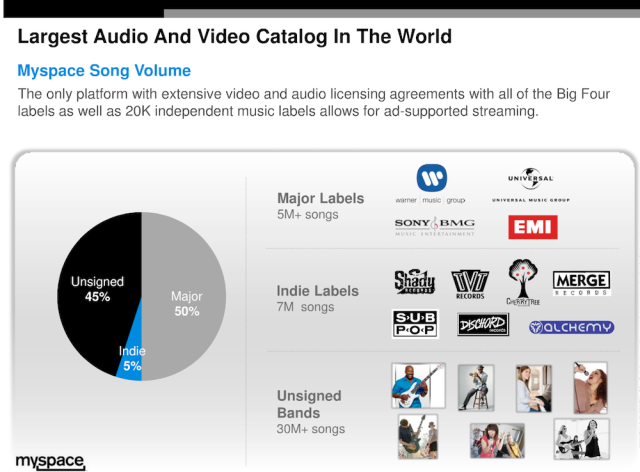