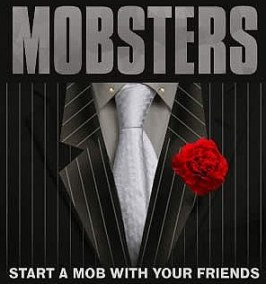 “MySpace is and will be more in the future a gaming platform, a space for people to meet and play games,” he said, adding that the site is looking for acquisitions to help it become more developer-friendly. He sees “opportunities to make MySpace’s gaming platform better geared to videogame suppliers who then will want to launch their products on the site and employ its user data to better develop games,” according to Reuters.

It’s not clear what that means. PaidContent speculates that perhaps MySpace would want to buy Yahoo’s games site and pair it with the “MySpace Games” flash games sub-site operated by Oberon Media. That’s interesting — although I would expect MySpace to try to improve platform services for third parties rather than try to build everything itself. While Facebook, with more than 250 million monthly active users, has a larger user base as well as a more developed platform, MySpace has attracted sizable developer attention. Playdom has been making millions in revenue per quarter, mostly from MySpace games like mafia game Mobsters — or so I heard a few months ago. PaidContent also points out some potential ways of bringing in developers — and making money — including “player achievement-tracking across different devices and networks, an integrated virtual payments system, or some form of unique ad-targeting.” 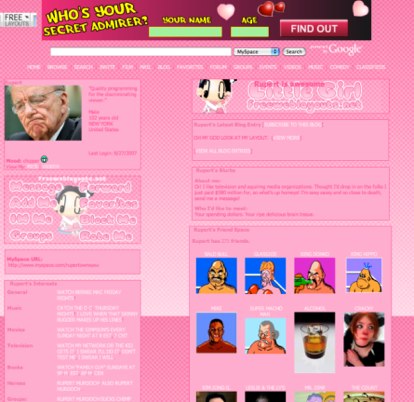 Indeed, MySpace has been meaning to roll out some sort of virtual currency for months, based on various reports I’ve heard over the last year. A site-wide currency could allow users to enter their credit card information once, allowing developers to run that currency within games so users could do things like make purchases with the click of a button. MySpace could then take a small cut of every transaction. Smaller social networking rival Hi5 has already started letting third parties integrate its “Coins” currency, and Facebook has started rolling out a test of its “credits” for third parties. At Myspace, meanwhile, restructuring seems to have slowed down the virtual currency product launch. It got a bunch of new managers this past spring, led by chief executive Owen Van Natta, and their first order of business was making massive cuts to the staff. But I still expect the virtual currency to appear eventually.

In terms of advertising in games, perhaps MySpace should go back and look at the simple, embeddable widgets that have been on the site long before it introduced a developer platform. Platform applications are able to tap into MySpace data like friend lists, and features like notifications so developers can notify people about their friends’ activity within games. Widgets started out as simple slideshows from companies like Slide and RockYou that didn’t include many of these social features, but they’re on tens of millions of user profiles and are often the most engaging feature on the page. However, MySpace has not allowed widget developers to run their own ads because they might distract users from the ads the site is running separately. If the social network can figure out an ad network for third parties where it could get a revenue cut, this might end up generating more revenue as well and incentivize developers to spend more time building for MySpace instead of other platforms.

Games are a good way to get people coming back to a site each day. MySpace has been losing millions of users in the last couple of years. When Van Natta came on board in a culmination of his desire to be CEO of a big web company, I wondered: Now what? Well, this is one move, at least, that could get users returning for more. Up next: The execution part.