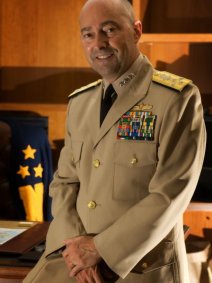 NATO’s Supreme Allied Commander Europe (SACEUR), Admiral James Stavridis, called for the end of the Libyan war on his Facebook and Twitter today, showing just how important social media is becoming in times of conflict.

Social media has gained footing in political and wartime communications. When the revolution in Egypt first broke out, that country’s now ousted leader, Hosni Mubarak, tried to shut down the Internet to prevent citizens from organizing against him on social media. When American enemy number one Osama Bin Laden was killed, a bystander tweeted the sounds of helicopters without knowing how important his tweets would be. Syria, Bahrain and Lybia also attempted to shut down the Internet when protesters filled their streets. Now Stavridis has used the medium to communicate the end of a war, before any official statements went out.

Stavridis posted to his Facebook fan page wall, “An extraordinary 24 hours in Libya. As SACEUR, I will be recommending conclusion of this mission to the North Atlantic Council of NATO in a few hours. A good day for NATO. A great day for the people of Libya.”

Stavridis and Lybia are not the only ones using social media to communicate about the war. Google recently held a workshop in conjunction with Tunisian news startup Tunisia Live to educate politicians on how to use Google products and social networks to spread their own messages. Google was inspired to help Tunisia because of its road to democracy and its first “free election” slated to take place this Sunday, October 23. Leaders from over 40 new political coalitions attended.

For many, the lift on YouTube and the opening of Tunisia Live’s own channel Tunisia Talks was a defining moment.

No official word on the end of the Libyan war has been released, but for Stavridis and his social following, the message is already out.