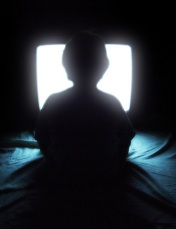 Did you sign up in the past few weeks to get an early sneak peak at the new Xbox Experience coming to Microsoft’s Xbox 360 console? If so, you’re in luck — you should be getting it anytime now, says Major Nelson (Xbox Live’s resident guru) on Twitter (thank God it was up for that).

If you’re like me (an idiot) and did not sign up early for some reason (sloth), you’ll have to wait it out another 24 hours or so.

While the new interface and cute avatars for the 360 console look nice, there is one thing that I’m really looking forward to: Netflix “Watch Instantly” streaming in high definition. Yes, reports are that this functionality has been turned on as well, which means I will see everyone I know in approximately 23 years.

Instead of adding another 10,000 people to the preview program like we did last week, we’ve decided to do something a little different: everyone who successfully applied to the preview program (and submitted a valid console ID) will be getting the New Xbox Experience sometime within the next few hours. That’s right…we’re hooking everyone else up with NXE a bit early. If you signed up and are not prompted, that means you did not enter your console ID properly and you’ll have to wait until Wednesday.