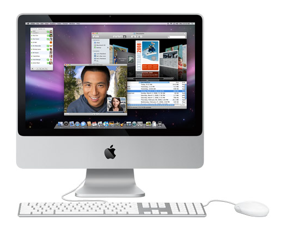 Netflix made its streaming video Watch Instantly offering more compelling today with the addition of films from Starz Play, the cable network Starz’ online streaming video service. But aside from that, within the blog post about the deal, Netflix stated two key updates: First, Netflix Watch Instantly content is still slated to be rolled out to the Xbox 360 gaming console later this fall. And second, Netflix is promising a Watch Instantly solution for Mac users by the end of this year.

That last bit is important. Though it’s been known that Netflix has been working on Watch Instantly for the Mac (it currently only runs on the Windows operating system), this appears to be the first timetable given. Seeing as it’s already October 1, Netflix must be pretty close to having the feature ready for Macs if it will commit to a date “by the end of the year.”

Netflix Watch Instantly content, which is free to almost all Netflix members, on a Mac and on the Xbox 360 would put more pressure on Apple to make its iTunes movie store and Apple TV offerings more compelling. Apple took a big step earlier this year by offering movie rentals through the store and on the device for the first time, but selection is still rather limited, and the fact that most new releases still cannot be rented on their release date (only purchased) is an annoyance.

With Netflix soon pushing 12,000+ titles at Mac computer users and in the living room via the Xbox 360 for free (assuming you have a Netflix account), Apple may have to shift its strategy once again.

Mainly, like most people, I’d like to see a more robust Apple TV box. It’s a nice device, but if it could play content from Hulu, the NBC and Fox-backed online streaming content site, or browse the web (without hacks) it would be a lot better. Other living room boxes, such as the Roku (which currently plays Netflix Watch Instantly titles), are opening up to allow for more content.

Then of course there’s the ultimate dream: An Apple TV with a built-in digital video recorder (DVR) and Blu-ray player. Blu-ray could happen since Apple has been on Blu-ray’s side (of the Blu-ray/HD DVD war, which Blu-ray won) for a long while, but DVR functionality is probably not too likely given the legal ramifications and Apple’s deals with the studios.