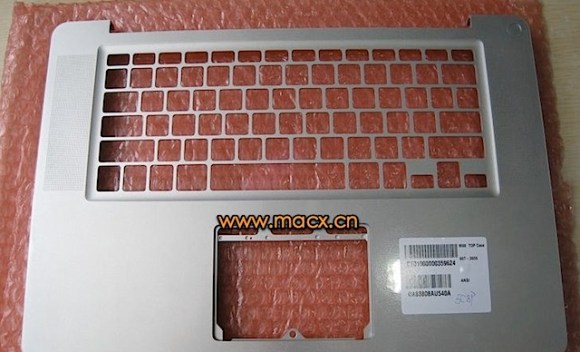 “The spotlight turns to notebook.” That’s the slogan for Apple’s event taking place tomorrow morning at its headquarters in Cupertino, Calif. As usual, we’ll be there covering it live both here (in a post tomorrow morning) and in a FriendFeed room found here.

So what will the spotlight highlight tomorrow? Aside from obviously being about Apple’s MacBook laptop line of computers, several rumors, some more trustworthy than others, are floating around the Internet. Here’s a breakdown of what we may see tomorrow: 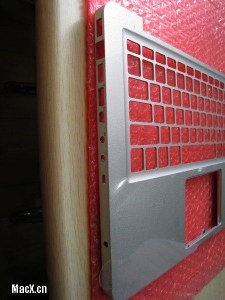 Newly designed MacBooks and MacBook Pros. These will be completely redesigned and should look more like the MacBook Air based on leaked shots of the casing (which are most likely real).

The new “brick” manufacturing process. These MacBooks were likely built using a new manufacturing process that Apple is said to be in charge of. It’s not clear how much detail Apple will go into about this, but it could be a major point of emphasis at the event. Basically, the brick process is said to involve lasers and jets of water, which carve the MacBook casing out of a brick of aluminum.

Cheaper MacBook pricing. The rumor, which The Inquisitr first heard last week, is that the entry-level MacBook will be $800. That’s significantly cheaper than the current cheap MacBook, which is $1,100. $800 would make a lot of people happy — especially in rough economic times — but something closer to $500 would really drop people’s jaws (I don’t expect that).

Blu-ray support. Apple has been a member of the group backing the Blu-ray format for a long time, dating back to when there was still a format war between Blu-ray (which won) and HD DVD. Still, Apple has taken its sweet time releasing any systems with support for the format, and if it’s going to, including it in a high-end MacBook Pro is probably as good a time as any. It’s possible that Apple is still waiting a bit to see if Blu-ray adoption really takes off — after all, they do have their own movies in digital format, in HD, through the iTunes store. Digg founder Kevin Rose, who nailed last month’s iPod announcements, said he heard about Blu-ray support from a source, but doesn’t trust it all that much.

MacBook Air refresh. While it’s probably unlikely that Apple will overhaul its ultra-slim notebook like it’s doing to the MacBook and MacBook Pro, the Air could see some bumps in its specs.

Apple HDTVs. This rumor pops up from time to time but nothing has ever come of it. This time Mahalo founder Jason Calacanis said he heard Apple was working on the televisions, which would be a mixture of a high definition television and an Apple TV. Apple may be working on them (it hasn’t updated its Cinema Display monitor line in forever), but don’t expect them tomorrow.

Mac Tablet. Though it seems likely that Apple is working on a device that would basically be a larger iPhone that runs the full OS X operating system, it’s not likely to come out tomorrow. This rumor has been so hot for so long that it’s almost a certainty that something would have leaked out if its launch were impending. 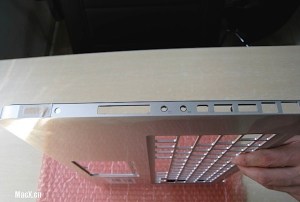 It’s an Apple event, so there will more likely than not be a wild card announcement. Could it have something to do with that mysterious port no one can identify on the new MacBook Pro casing? Perhaps a dock port for a new iMac — a sexy-looking rumor from earlier this year?

Or maybe Apple will use this event to roll out a new Apple TV? Perhaps that’s just me dreaming, but I’d love one with Blu-ray and a DVR. Or better yet, maybe it’ll just fully merge the Apple TV with the Mac Mini, which hasn’t been updated in a long time. There are a lot of arguably more compelling rivals to the Apple TV out there now…

Join us tomorrow for all the answers. Coverage starts at 10 AM PST.

[Photos via MacX.cn (which has been down for most of today)]