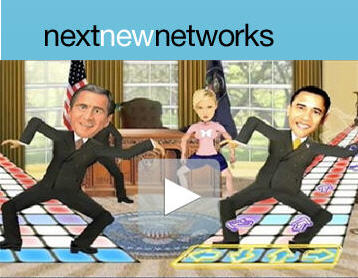 It has taken $15 million more from Velocity Interactive and Goldman Sachs, we’ve just learned. This adds to the $8 million it raised a year ago (see our coverage).

We reached a company representative, and she would not comment on how the company’s revenue is coming along. Getting advertisers to pay good money for online video has proven tougher than some have expected, in part because advertisements are disruptive, regardless where they’re placed within a video. However, Next New is pursuing a strategy of distributing its videos as extensively as possible, for example today officially announcing a deal to place its video channels in sidebars along AOL-owned sites. Next New did say it has signed some ad deals in the fourth quarter last year, specifically around its car channel.

Joining Goldman and Velocity in the round are previous Next New Network investors Bob Pittman, Saban Media Group and Spark Capital.