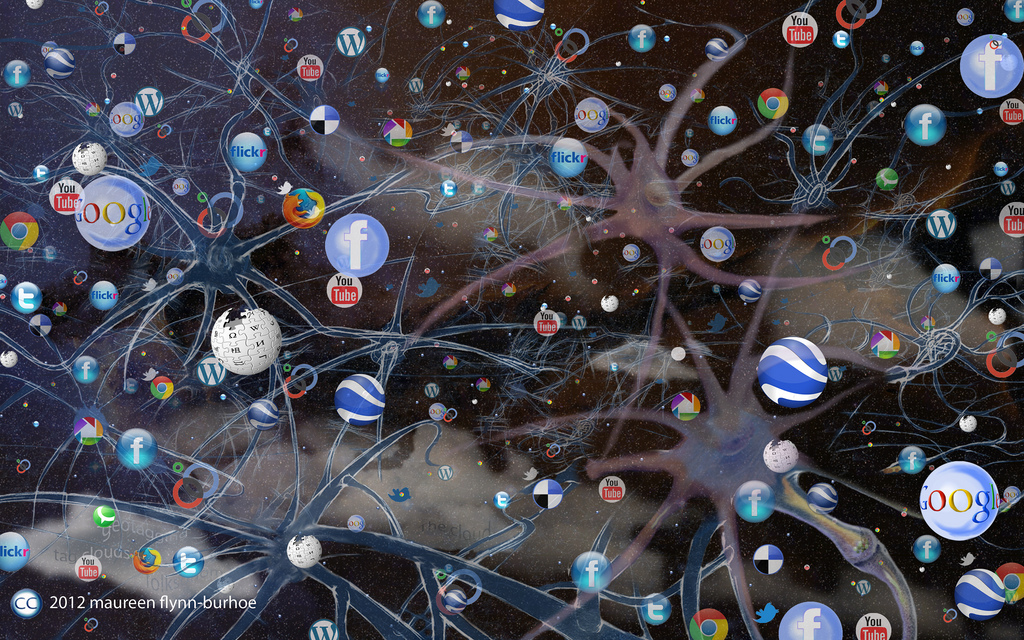 There’s more of just about everything in Nielsens’ 2012 state of the social union report — all except the poor old PC.

Both in the U.S and globally, people are accessing the web more frequently and for longer periods, using smartphones, tablets, gaming consoles, and smart TVs. We’re still using PCs as well, but personal computer usage of social media is just about the only category that’s down: 4 percent fewer Americans connected to the Internet via a PC in 2012, while 82 percent more connected via the mobile web and 85 percent more connected via a mobile app.

Above: Mobile app and mobile web use were both up — way up.

Overall, total time on the Internet in 2012 is up 21 percent to 520 minutes a month. A staggering 17 percent of that is spent on one service: Facebook.

Interestingly, while Facebook’s PC’s audience declined by 4 percent in 2012, Twitter’s grew 13 percent. Google+ grew 80 percent, and Pinterest grew 1,047 percent, but that has a lot more to do with the growth cycles of those two sites than transformative change in how users are accessing them. Facebook’s app audience increased by 88 percent, and its mobile web audience increased by 85 percent, more than offsetting the slight PC decline, and underscoring Facebook’s recent efforts to monetize its mobile services.

Another insight from Nielsen: Pinterest’s growth flattened — and even disappeared in early 2012. It had grown from an audience of perhaps 2.5 million in July 2011 to almost 25 million in February 2012, but it plateaued at that level for three months, and then actually decreased in May before taking off again in June.

The second-screen phenomenon is on the increase as well, as TV viewers continue to use Twitter as a way to sound off, comment on, and chat with others about what they are watching: 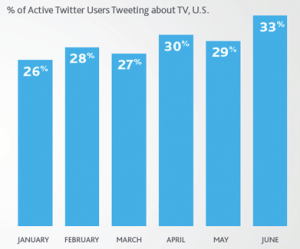 Almost a quarter of 18- to 34-year-olds comment on social media sites about their TV shows while they’re watching, and the numbers are growing through 2012.

The surveyors talked to 1998 U.S, adults, but the global component of Nielsen’s report surveyed 28,000 people in 51 countries.

The full report is available from Nielsen.