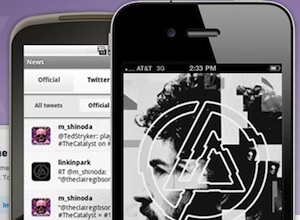 Build-your-own social network startup Ning had some very visible difficulties earlier this year as it refocused on paying customers, killed its free product, and laid off 40 percent of its staff. But chief executive Jason Rosenthal says Ning’s new strategy has paid off, and the Palo Alto, Calif. company is moving forward with some new features today under the collective name Ning Everywhere.

There are three main announcements. First, Ning has partnered with a number of mobile companies to help its customers turn their social networks into mobile apps. Each of the partners seems to have a slightly different niche. For example, Mobile Roadie worked with Ning to build a mobile app for the Linkin Park social network, while Double Dutch worked with Soulja Boy to build a location-based app.

Ning is also offering “extensions” that integrate these custom social networks with outside websites. So a Ning customer could add an extension from image-editing company Aviary, allowing its community members to click a button to import an image into Aviary, edit it, then re-upload the image into Ning with another click.

Some of the apps and extensions will be free, and others will have a charge, but in both cases, Ning makes money by charging whenever developers need to access its application programing interface (API).

As for how the overall strategy is going, Rosenthal said Ning went from 15,000 to 70,000 paying customers since it got rid of its free product. A lot of that was free users switching over, he said, but now Ning is also gaining about 8,000 new subscribers each month.

“The world has just really woken to the fact that companies need more than a single Twitter account,” Rosenthal said. “They need a serious, custom-branded social destination, and that’s what we do.”