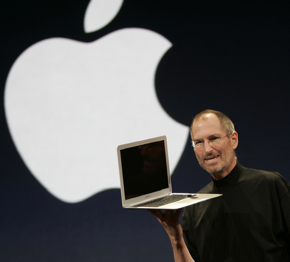 Instead, on Tuesday January 6, 2009 we will see Phil Schiller, Apple’s senior vice president of product marketing, give the keynote. It’s likely impossible to mention this without re-starting the speculation about Jobs’ health and/or Apple having nothing major to unveil at the show.

One also has to wonder if this move means that Schiller is the heir-apparent to replace Jobs if and when he leaves Apple. Has he leapfrogged other potential successors like current Apple chief operating officer Tim Cook? Maybe that’s reading too much into it, but this is Apple’s biggest keynote of the year, and it’s Schiller who is being trusted to give it.

I’ve reached out to Apple for comment about this surprising turn of events. All it says in the press release is that “Apple has been steadily scaling back on trade shows in recent years, including NAB, Macworld New York, Macworld Tokyo and Apple Expo in Paris.”

CUPERTINO, California—December 16, 2008—Apple® today announced that this year is the last year the company will exhibit at Macworld Expo. Philip Schiller, Apple’s senior vice president of Worldwide Product Marketing, will deliver the opening keynote for this year’s Macworld Conference & Expo, and it will be Apple’s last keynote at the show. The keynote address will be held at Moscone West on Tuesday, January 6, 2009 at 9:00 a.m. Macworld will be held at San Francisco’s Moscone Center January 5-9, 2009.

Apple is reaching more people in more ways than ever before, so like many companies, trade shows have become a very minor part of how Apple reaches its customers. The increasing popularity of Apple’s Retail Stores, which more than 3.5 million people visit every week, and the Apple.com website enable Apple to directly reach more than a hundred million customers around the world in innovative new ways.

Apple has been steadily scaling back on trade shows in recent years, including NAB, Macworld New York, Macworld Tokyo and Apple Expo in Paris.

Apple ignited the personal computer revolution in the 1970s with the Apple II and reinvented the personal computer in the 1980s with the Macintosh. Today, Apple continues to lead the industry in innovation with its award-winning computers, OS X operating system and iLife and professional applications. Apple is also spearheading the digital media revolution with its iPod portable music and video players and iTunes online store, and has entered the mobile phone market with its revolutionary iPhone.