With Apple’s iPhone and Google’s Android platform getting all the press these days, it’s easy to forget that another company, Nokia, is still by far and away the worldwide leader in mobile sales. It is a sleeping giant. And with the two noisy newcomers in its cave, it has awoken — and it’s hungry.

Not even a day after the buzz-worthy purchase of the location-based mobile social network, Plazes, Nokia has made a much larger move. One that will continue to evolve the mobile landscape: It has bought the Symbian mobile operating system, and will set it free.

With the creation of the Symbian Foundation, Nokia is creating a new royalty-free open platform for mobile development. Joining them in this are AT&T, LG, Samsung, STMicroelectronics, Texas Intruments and Vodaphone. Yes, the big boys are coming out to play.

It should be very clear to anyone following the industry what this is aimed at: the Google-created Open Handset Alliance (OHA), and its platform, Android.

Trumpets sound the call of war.

“Ten years ago, Symbian was established by far sighted players to offer an advanced open operating system and software skills to the whole mobile industry”, said Nigel Clifford, CEO of Symbian. “Our vision is to become the most widely used software platform on the planet and indeed today Symbian OS leads its market by any measure. Today’s announcement is a bold new step to achieve that vision by embracing a complete and proven platform, offered in an open way, designed to stimulate innovation which is at the heart of everything we do. 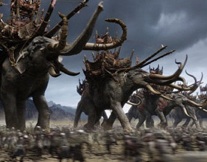 It’s likely not just Android and the OHA that Nokia and the others fear. It’s also a closed operating system run by a very powerful phone: the iPhone.

Apple is gearing up to launch its device in over 70 countries around the world. In the many of these places it will be encroaching upon territory Nokia has held for a long time.

To be clear, Nokia already owned a large percentage of Symbian, but now it has bought the remaining shares to take total control. The all-cash deal is said to be worth around 265 million Euros, which is just over $400 million.

Such is the price of war.