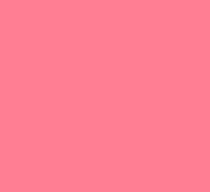 Okay, that’s definitive enough for me, but the question for some people is whether they’re playing a semantic game. While there may be no “Zune Phone” at CES, there is still very much a chance that we’ll see something that Microsoft has codenamed “Pink” or “Project Pink.” What makes that interesting is that a few weeks ago CNBC’s Jim Goldman tied Pink to the Zune Phone, saying that a “good source” told him the Zune was about to get a major facelift and that it was a part of a project known as Pink that combined the Zune with the technology Microsoft acquired when it bought Danger, makers of the popular Sidekick phone.

But ZDNet’s Mary Jo Foley thinks she knows differently about Pink, based on her own sources. She believes Pink is a codename for new services to be tied into Zune (and other products) and not specifically the name for a piece of hardware itself. She does however note that Pink is independant from Windows Mobile — but that it may in some way be tied to another project called “Rouge” (get it, colors), that has to do with mobile services.

Confused yet? Welcome to the wonderful world of Microsoft coverage.

We’ve heard whispers of Microsoft definitely working on something on the hardware side of mobile, but we’re still digging for more. It’s not clear if that is in anyway tied to any of this, but as more of these (confusing) details continue to emerge as we edge closer to CES (which is next month), things are starting to look like it’s all tied together in some way.

I’m going to go ahead and stand by my prediction based on almost nothing besides Microsoft’s history that it releases some sort of mobile hardware sometime in 2009.