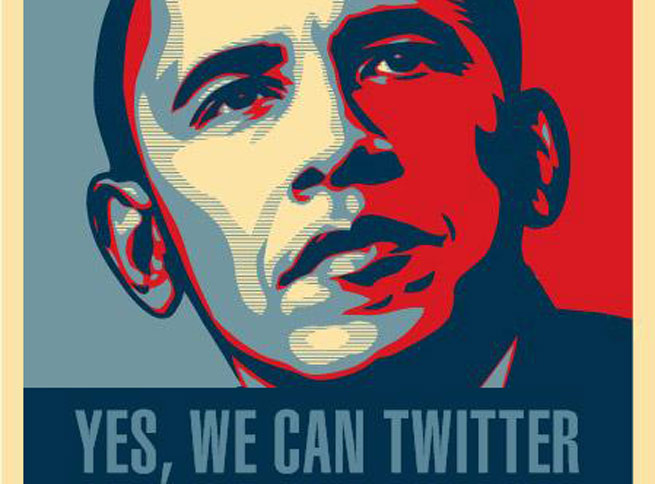 That’s obviously a huge number, but it’s even bigger than you think. The previous record was only 116,000, set by the Spice Girls in their reunion concert during the closing ceremonies of the London 2012 Olympic summer games. And the record before that was Usain Bolt’s 100 meters gold medal, at 80,000. 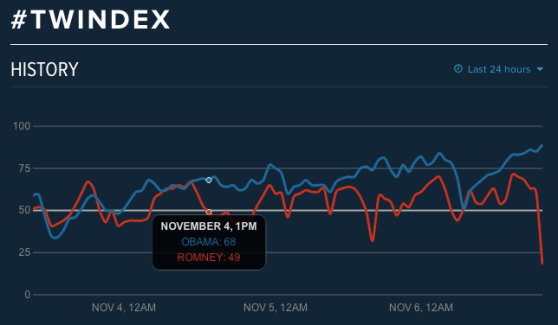 At about 8PM Eastern, Obama sentiment rose rapidly to 89, while Romney’s dropped off a cliff to 18. In Topsy’s sentiment scores, 50 is neutral, so anything above is positive, and anything below is negative.

Re-elected President Obama also had the most-retweeted tweet ever, currently at 370,000 retweets, and 1.25 million likes on his Facebook victory status update.