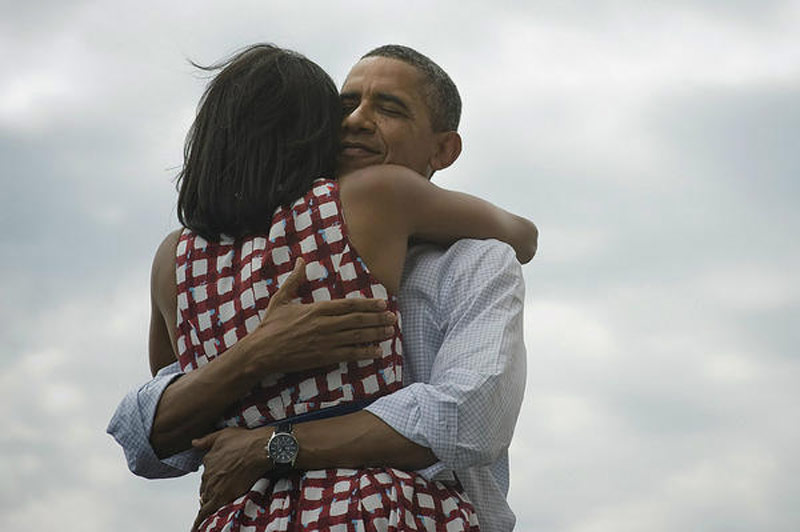 CNN and other broadcast media outlets have called the election: President Barack Obama will return to the White House, with approximately 281 electoral votes:

Above: Obama: more votes (that count) than Romney

Obama, whose mastery of social media has certainly played a huge role in his victory, tweeted simply this: Four more years.

And, of course, more positive sentiment as tracked by Topsy and Twitter over the course of the last year, despite a few bobbles today. That, with smart social campaigns that harnessed connected Facebook friends to get out the vote, has obviously paid off.

In direct contrast, the Romney campaign has not tweeted for more than six hours.

In addition, Obama’s victory update on Facebook — using the same photo — has 1.25 million likes and 170,000 shares in just over an hour. I’m going to go out on a limb here and guess aloud that this is some kind of a record as well.

Regardless of which political party you belong to, that’s fairly impressive grassroots support.