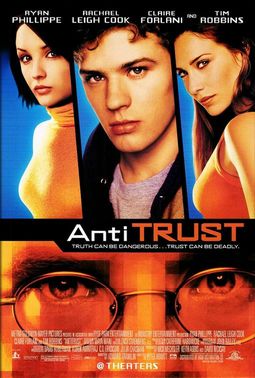 Antitrust. It’s a word that every large company fears. Standard Oil, AT&T and Microsoft have all become associated with it in American history, and now the company that has become synonymous with the web, Google, has to be careful not to be added to that group.

While there have been whispers for some time of Google holding a monopoly over web search and web advertising, the issue came to the forefront last year when Google signed a pact with Yahoo to partner up on search advertising. In November, Google walked away from that deal just three hours before the Department of Justice was poised to file an antitrust complaint again the company, according to Wired. And under the new administration, it doesn’t appear that things will be any easier for Google, as President Obama’s pick to be the country’s new antitrust chief, Christine A. Varney, has directly linked the company with having a monopoly before, as Bloomberg points out today.

Specifically, Varney said at an antitrust panel discussion last June that she viewed Microsoft as an antitrust threat for the last century, but noted that Google is a company to watch now because it had already “acquired a monopoly in Internet online advertising.” While she has also praised the company and noted that it acquired its position of power legally, that statement cannot be music to Google’s ears.

Following the government’s case against Microsoft in the late 1990s, the software giant learned a lot about antitrust — and so it should be no surprise that it was very active in making sure the government took a good look at Google following the Yahoo pact. After all, Yahoo signed the pact with Google after spurning an acquisition attempt by Microsoft. The incident seemed to teach Google a lesson and it has seemingly been attempting to build its influence in Washington in recent months.

Google chief executive Eric Schmidt not only campaigned for Obama, but has been playing a key outside advisory roll in the Obama’s administration’s economic recovery efforts. And Google hosted a inaugural gala for the new President in January.

But President Obama’s pick of Varney seems to show that the administration will not favor any company, and will take antitrust claims seriously. Varney seems to have a firm grasp of the technology industry going forward. She understands that as more of our data moves to the cloud (networked computers and databases accessed through the Internet), Google will be in an increasingly powerful position — similar to the one Microsoft held in the 1990s when it dominated the computer operating system market, and used that reach to basically destroy a rival in the web browser business, Netscape.

Varney lobbied the Clinton administration on behalf of Netscape to look into Microsoft’s position of power. It eventually did, and the rest is history.

Despite its buddying up to the Obama administration, Google would be wise to stick to its “don’t be evil” mantra, and to watch its back on any deals it does going forward.