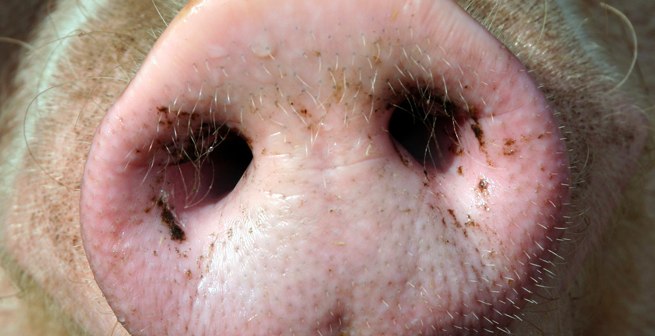 Oink is being shut down as Milk shifts focus to other projects, the startup announced Wednesday. The application’s corresponding website, Oink.com, will be shuttered by the end of the month and members are being encouraged to download their ratings and pictures should they wish to salvage something of their Oink experience.

The item-ranking and mini reviews application launched as a hybrid of Yelp, Instagram, and Foursquare and set out to help iPhone users discover what to do when they’re out and about. It was a hodgepodge of ideas all mashed into one application, and it did find some early favor with users. The application saw more than 150,000 downloads in its first month.

“Oink was our first test and, in preparing to move onto the next project, we’ve decided to shut it down to help focus our efforts,” Milk said in a statement posted to the Oink website.

The statement comes off as very nonchalant, and is similar to the way someone would shuck off a bad day — oh well, on to the next one. But in a past conversation with VentureBeat, Rose talked optimistically about Oink, even suggesting that it could prove popular enough to allow for a future business model. It also stands to reason that Milk, which invested five months of development into the Oink application prior to its release, never intended to spend more time developing the application than it did supporting its growth.