Only 16 percent of U.S. adults use Twitter, and only half of them get news via the short-message social network, according to a new survey by Pew Research Center. That’s far fewer than Facebook, where 30 percent of American adults get their news. 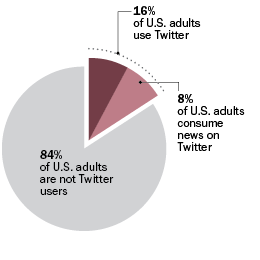 Still, with all that good news for a dream advertisers’ demographic, it’s hard to get around that one core glaring statistic: Only a small slice of American’s actually use the social media darling of the now.

This is not new news, of course. 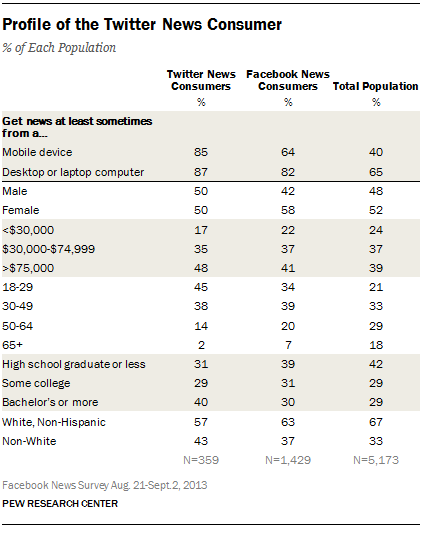 77 percent of Twitter’s users are outside the United States, as we learned from its IPO documentation, and the company has massive penetration among the young, mobile-savvy populations of many developing nations. The only problem is that they bring in much less revenue than American, Canadian, and western European users.

The problem is that Twitter’s user growth has essentially stalled in the U.S. That’s something the company needs to fix, and quickly, as it goes public — and after.