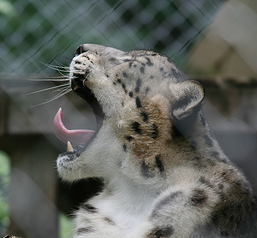 In a move that should come as absolutely no surprise, Apple’s next operating system, 10.6 also known as “Snow Leopard” will have tools to help developers use location and mutli-touch when building for the system. This is a direct result of the success Apple has had getting developers to use the same features on the iPhone.

Specifically, the newest pre-release Snow Leopard builds apparently include the CoreLocation framework, taken from the iPhone Software Development Kit (SDK), according to AppleInsider. This allows applications to gain a computer’s coordinates and locate it on a map, something particularly useful for location-based services such as the Latitude product Google just launched.

However, since Macs doesn’t have GPS built-in like the iPhone 3G does, Snow Leopard will use Wi-Fi triangulation to determine location, just as the original iPhone does. While this method isn’t as precise as GPS, it works fairly well, usually within a few miles of your location. Though for some location-based services, such as the social networks, that may have to improve.

Snow Leopard will also use the multi-touch feature. Again, this is fairly obvious given that all newer MacBooks feature some level of multi-touch support in their trackpads. And now with Apple notebooks making up over 70 percent of Apple’s computer sales, it makes sense for developers to start working with the technology.

And of course, there’s always rumors of Apple incorporating multi-touch on the desktop as well, whether it be through a new keyboard with a multi-touch trackpad or a mouse with multi-touch support.

If Apple’s patents are any indication, multi-touch is going to be at the forefront of many devices Apple is working on going foward. The largest rumored project is the Mac Tablet device, which would be a large screen with multi-touch support, similar to a large iPhone. Obviously, that would need a version of OS X with multi-touch support to work, unless it planned on using the iPhone’s OS.

Snow Leopard is likely to be released sometime around the middle of this year.