Developer builds of Apple’s next operating system, OS X Snow Leopard, have been going around for months now. In going along with what Apple stated was a goal for the new OS, most of the changes from its current OS X Leopard (not to be confused with Snow Leopard) have been under the hood, to improve performance. But there’s long been speculation that a major change is coming to the OS’s user interface, and Apple may be getting ready to unveil that, sources tell AppleInsider.

Apparently, Apple isn’t sure if it wants to show off the new user interface changes, which may be code-named “marble,” until it’s unveiled the OS to the public, which may occur as soon as this year’s WWDC, likely in June. Apple first talked about OS X Snow Leopard at last year’s WWDC, and the company noted that it would be available in “about a year.”

So what does this new marble theme look like? Well, it’s quite possible that you’ve seen it already if you use newer application on the current OS X. For example, if you look at iTunes, you’ll notice that it has a much darker and muted side scroll bar. The new iPhoto ’09 has the exact same look, which differs from the “aqua” look of most other applications on the system.

A few weeks ago, AppleInsider did a mock-up of what the new QuickTime player could look like based on what it had heard. The results seem pretty consistent to the way movies are played within iTunes now and look much more minimal than the current QuickTime player.

If OS X Snow Leopard is shown off at WWDC in June, that could mean an August launch for the OS, AppleInsider believes. 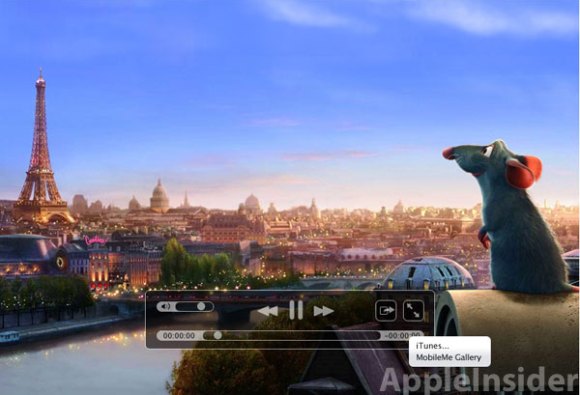