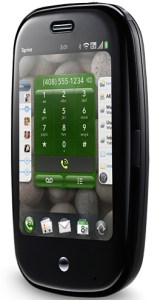 Unless he was misquoted, Elevation Partners co-founder Roger McNamee suggested today that all iPhone owners are going to switch to the Palm Pre when their contracts expire.

“You know the beautiful thing: June 29, 2009, is the two- year anniversary of the first shipment of the iPhone,” McNamee told Bloomberg today. “Not one of those people will still be using an iPhone a month later.”

Wow, that’s a bold statement. One that will be repeated over and over again in the press if the Pre fails to live up the high level of hype Palm has built for it. But McNamee, whose firm has invested nearly half a billion dollars in Palm and owns a large chunk of the company (around 40 percent), undoubtedly knows that Palm absolutely needs the Palm to be a hit.

Palm is struggling badly as it waits for the launch of the Pre. The company recently announced that its third-quarter sales will be well below expectations — sales for the quarter were between $85 million and $90 million while Wall Street was looking for something more like $155 million. Ouch.

Worse, the company is going through money like it’s going out of style. It spent between $95 and $100 million in cash for the quarter. It still has between $215 and $220 million remaining, but obviously it can’t keep going at that rate. Especially when you consider that it has now lost money for six straight quarters and has already essentially burned through all of the money Elevation re-poured into it in December, as ZDNet points out.

McNamee’s words are also likely to further ignite a testy relationship between Palm and Apple, the maker of the iPhone. The Pre will be the first mobile device since the iPhone to use multi-touch, the touch screen gesture technology. Apple has many patents on the technology and has said it will do everything in its power to protect its intellectual property, which everyone assumes is a shot across the bow of Palm — a company full of ex-Apple employees.

If you can read beyond his fighting words, McNamee also seemingly reveals a launch window for the Pre: Sometime before July 29. Despite rumors of a delay, Palm has said it remains on track for a launch in the first half of this year. That would of course mean June, so perhaps the launch window has been pushed a bit, but it definitely sounds like it’s coming soon and that it’ll come out swinging.