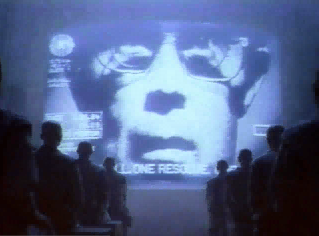 Apple finally got its guy. Nearly three months after a judge ordered Mark Papermaster not to report for work at Apple as senior vice president of devices hardware engineering due to a contract dispute with IBM (his previous employer), the two parties have settled. Starting on April 24, yes another three months from now, Papermaster will lead Apple’s iPod and iPhone hardware teams, the company announced in a release today.

Apple had tapped Papermaster to replace Tony Fadell, its former iPod chief, after he left to take a smaller advisor position with the company for personal reasons. But a court ordered that the 25-year veteran of IBM had to honor his contract, which included a non-compete clause. IBM was suing Papermaster to make sure he upheld that agreement — stating that he had access to trade secrets that he could feed to Apple.

And IBM is still clearly worried about that. As part of the settlement, not only will Papmaster not be able to start at Apple until his six month anniversary of leaving IBM, but he will also have to check in with the courts to certify that he’s not spilling any confidential information to Apple. He’ll have check in not once, but twice — once in July 2009, and again in October 2009, a full year after his departure from the company.

So, it looks like we won’t be seeing an Apple ThinkPad until at least October 25, 2009.

Apple famously depicted a company that may or may not have been IBM as “Big Brother” from George Orwell’s classic 1984 in its 1984 commercial announcing the first Macintosh computer. IBM may no longer be the dominant force in the computer industry, but Apple’s newest employee has definitely been warned: Big Brother is watching you.