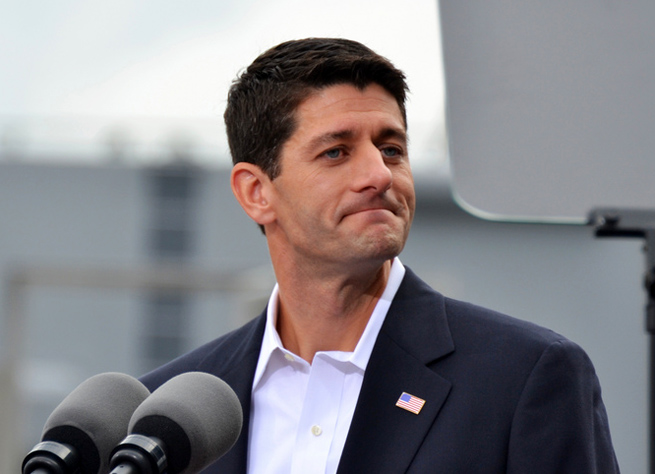 The move closely follows Ryan’s use of a Google+ Hangout this past weekend to connect with supporters. But neither appearance has the resonance of Obama’s Ask Me Anything session on Reddit, which caused the popular site to crash several times and required 60 dedicated servers.

“Right now, 23 million men and women are struggling for work,” Ryan wrote. “Nearly one in six Americans are living in poverty – the highest rate in a generation. Since President Obama took office, the nation has lost 261,000 jobs, while the unemployment rate has remained above eight percent for 43 straight months, and median household income has declined by over $4,000.”

At this time, Ryan has not answered any questions from various commenters.

We’ve sent the Romney campaign a request for more information to see if Ryan will answer any of the questions posted by Quora users.

Here’s the full text of Ryan’s comments on Quora:

You heard a lot of excuses, a lot of blame, and a lot of baseless attacks at last week’s Democratic National Convention. What you did not hear was a clear answer to this basic question. As a result of President Obama’s misguided policies and failed leadership, we are not better off today than we were four years ago.

Right now, 23 million men and women are struggling for work. Nearly one in six Americans are living in poverty – the highest rate in a generation. Since President Obama took office, the nation has lost 261,000 jobs, while the unemployment rate has remained above eight percent for 43 straight months, and median household income has declined by over $4,000.

Millions of young Americans have graduated from college during the Obama presidency, ready to use their gifts and get moving in life. Half of them can’t find the work they studied for, or any work at all. College graduates should not have to live out their twenties in their childhood bedrooms, staring up at fading Obama posters and wondering when they can move out and get going with life.

Everyone who feels stuck in the Obama economy is right to focus on the here and now. And I hope you understand this too: if you’re feeling left out or passed by, you have not failed, your leaders have failed you.

President Barack Obama came to office during an economic crisis. Any fair measure of his record has to take that into account. The problem remains that the recovery he repeatedly promised is nowhere in sight. The Obama Administration has made its choices. And Mitt Romney and I have made ours: before the math and the momentum overwhelm us all, we are going to solve this nation’s economic problems and get America back on track.

Our Plan for a Stronger Middle Class means more jobs, more take-home pay, and better opportunities for all Americans. And we will restore, protect, and strengthen Medicare – for my Mom’s generation, for my generation, and for our children’s generation. Americans have been getting the runaround long enough; it’s time for a turnaround.