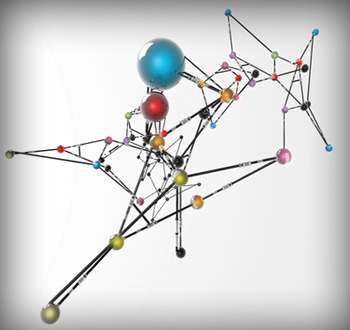 Social curation startup Pearltrees has just sealed a deal for €5 million (around $6.6 million), all in the name of creating a better interest graph.

Much is being made in current social media circles of the “interest graph” concept, which is more about what you know than who you know, and which purportedly has strong connections to purchase intent and other matters of concern to online marketers.

Put differently, while social networks like Facebook focus on what you have in common with your friends and how you react to friends’ recommendations, interest graph-based models (like the ones behind Pinterest, GetGlue or Foodspotting) make social connections based on shared interests, not the other way around.

“Pearltrees has leveraged social curation to create an open and collaborative interest graph of the Web,” said Pearltrees CEO Patrice Lamothe in a release.

“As a consequence, Pearltrees harnesses the power of people to organize and discover the most valuable content on the web”, he said.

Pearltrees is, as the company puts it, a place for users to collect and organize everything on the web. While this task might seem like mundane cataloging at the outset, the Pearltrees team is seeing significant use of the product.

The startup launched at the very end of 2009 as a new, visually enhanced tool for bookmarking and organizing web-based content. Since its launch, Pearltrees says, it has grown at a rate of 15 percent each month.

The service has been used to organize around 15 million unique “pearls” of knowledge into two million “Pearltrees,” or larger categories. These trees include such areas of interest as news, the arts, entertainment, and sciences.

“The activities of Pearltrees’ contributors have already resulted in an interest graph with unparalleled richness and depth,” a company spokesperson stated in an email to VentureBeat. The intention is to create and publish an exhaustive, human-curated interest graph that covers every topic on the web. The interest graph is used in the startup’s “TreeRank” algorithm, which drives discovery of new parts of the graph for Pearltrees users.

Here’s a demo video describing the service in more detail:

This round of funding was let by The Group Accueil and will be devoted to scaling the product and solidifying the monetization plan, which revolves around freemium services.

Pearltrees last raised funding a year and a half ago in a €1.3 million round. To date, the startup has taken €8.8 million, around $11.6 million.