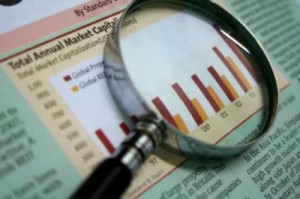 Whenever a company tells me they’ve created a new tool for monitoring social media sites like Twitter, my eyes usually glaze over. Do we really need another one? But Jodee Rich, chief executive of a company called PeopleBrowsr, argues that his new monitoring application, ReSearch.ly, is tailored to the needs of big brands in a way that others aren’t: It will let them search tweets up to three years in the past.

PeopleBrowsr’s core business to date has been offering social media consulting to Fortune 500 companies. ReSearch.ly is based on the tools it has built for those brands and uses PeopleBrowsr’s database of all Twitter messages going back three years.

So with ReSearch.ly, you can perform searches of tweets going back 30 days, which Rich said no other tool offers, and you can go back even further if you pay for more than the $99 basic plan. And because it’s searching ReSearch.ly’s database, not Twitter itself, the searches are super fast and work even when Twitter is experiencing technical problems.

Besides the history feature, I was also impressed by ReSearch.ly’s ability to drill down on a specific demographic group (it uses your Twitter account biography to determine who you are) or search term. For example, you could do a search for all tweets from “MommyBloggers” related to “human rights”. Or, since ReSearch.ly can also distinguish between positive and negative comments, you could see all the positive comments made about Coca Cola.

Rich acknowledged that ReSearch.ly’s sentiment analysis technology isn’t 100 percent accurate. If that’s a concern, the service also allows you to crowdsource the analysis to real people on Amazon’s Mechanical Turk.

Beyond responding to individual tweets, brands can use that data to craft marketing campaigns. In fact, Twitter says it plans to release its own analytics service (which doesn’t seem to be as full-featured as ReSearch.ly) for free, with the idea that it will be useful for advertisers on Twitter.

ReSearch.ly costs $99 per user per month. It’s focused on Twitter, but PeopleBrowsr has data from Facebook, blogs, and other services that you can request too.