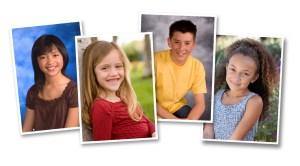 Picateers has raised $6.6 million in a second round of funding to expand its effort to replace school portrait vendors with volunteer-based programs run by parents.

The San Mateo, Calif., company is disrupting the school portrait business by using a web-based approach. It recruits parents to use their own digital cameras to shoot portraits of kids. The volunteers then upload photos to the Picateers web site. There, the kids’ parents can view photos, select the ones they want to print, and then pick up the photos later on at the school. We wrote about them in May and found that Picateers could lower the costs of school portraits and generate considerable funds for schools at the same time.

The money came from Norwest Venture Partners and Storm Ventures. Norwest funded the company’s previous round. Dan Levin, a former senior vice president at Intuit, joined as chief executive a month ago. He replaces Larry Jacobs, co-founder, who is still with the company. The company launched last fall and now has more than 100 schools participating, Levin said in an interview.

Schools typically raise $4,000 to $5,000 per event organized by the Picateers volunteers. That money can go a long way toward funding school programs such as music, dance, and art, Levin said. But it takes a concerted effort from dedicated volunteers to get each program off the ground.

“Instead of raising a few hundred dollars at a car wash, we can get the parents to raise thousands of dollars with a photo event,” Levin said.

Levin said the company will use the money to expand its team of 16 employees and ramp up marketing. The company competes with established traditional portrait companies such as Lifetouch, a billion-dollar company. According to the Photo Marketing Association, the school portrait market was $2.2 billion in 2006.