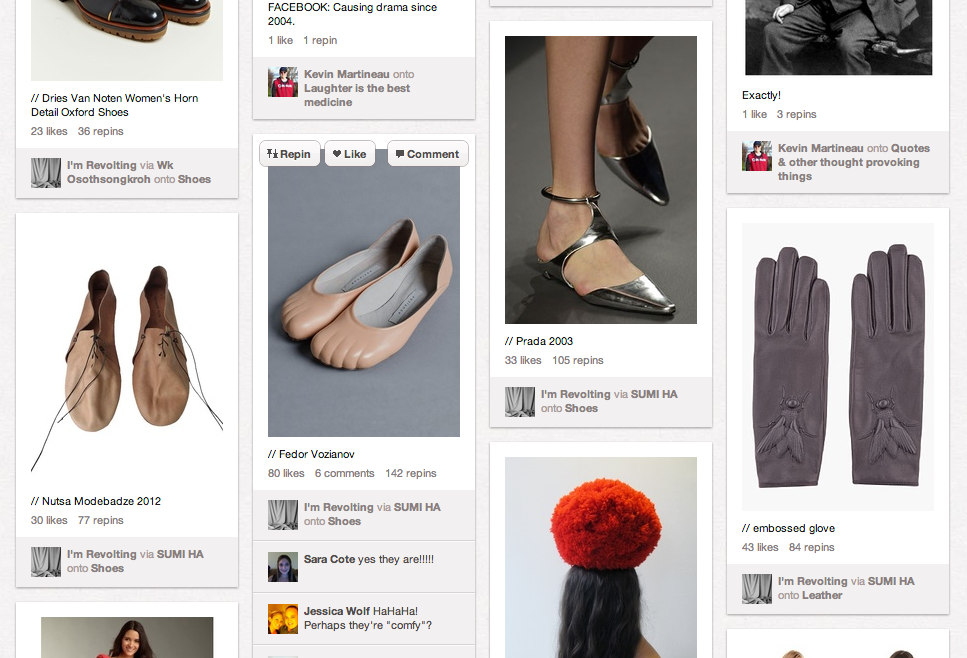 Calling all Mark Cubans in consumer brands: Pinterest may be a greener pasture for brands to connect with customers than Facebook.

Pinterest analytics and marketing company Pinfluencer announced this morning that 50 brands, including Gilt, Martha Stewart, and Shape Magazine ran Pinterest promotions on its platform, which launched in private beta in October. The brands boosted follower acquisition rates by 156 percent and pins/day by 125 percent.

Another company, JetSetter, ran a scavenger hunt that generated seven million impressions of the companies’ pins, according to JetSetter’s head of social, Jonathan Goldmann.

Facebook, on the other hand, noisily lost GM as an advertiser earlier this year and is currently struggling with how many brand messages users should see on the site … and how much companies should pay for the privilege. Billionaire entrepreneur Mark Cuban, of course, very publicly dumped on Facebook just a month ago when he realized how few of his Dallas Mavericks followers actually saw any of the Mavs posts. Now Pinfluencer is showing companies just how to engage with followers on Pinterest — and boost both followers and viral views … and eventually sales.

Sharad Verma, Pinfluencer’s chief executive, talked to me a few days ago about his new platform, which has delivered 25 million total impressions for the 50 companies in the beta program.

“There are four types of promotions on Pinterest,” he said. “First, asking users to come to your website and pin the products they like; second: creating a board and pre-populating it with pins, asking users to re-pin; third: creating a scavenger hunt; and fourth: running daily winner contests for prizes for those who pin your content.”

Using them wisely, he said, is helping brands get a huge increase in followers and brand-associated pins. There’s a reason for that, according to Verma.

“Pinterest contests are fun and creative,” Verma told me. “They’re very open-ended, not forcing you to do something you wouldn’t want to do. You simply pin products from a website.”

And that in turn generates a lot of eyeballs, clickthroughs, and sales.

Naturally, Verma has a vested interest in Pinterest: His entire company is built around the marketing and analytics for the site, which might make his impressions a little suspect. But he’s not the only one singing this song.

Separately, retailers such as Indigo have used Pinterest to drive increased social sharing and a 50 percent bump in sales from social traffic compared to other sources. And a wider sample of retailers found that Pinterest drives more revenue per click than Facebook or Twitter. More recently, RichRelevance found that while Facebook is still driving more clicks to retailers, Pinterest, which has started growing again after leveling off this summer, is where the big spenders are coming from.

Fortunately for brands that have invested in massive Facebook fan counts, Pinfluencer has a tool in its kit:

“Marketers can host their contests and sweepstakes on a Facebook tab powered by Pinfluencer and convert their Facebook fans into avid pinners on Pinterest,” Verma said in a statement.

Which means Pinterest certainly can be a part of any brand’s social story, even if that brand is already heavily invested in Facebook.