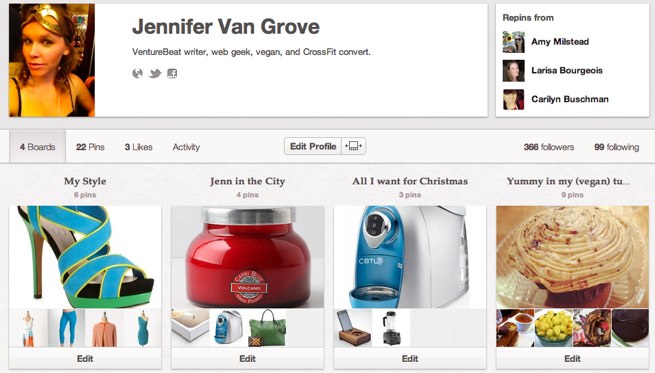 Bored with your boards?

Pinterest, the visual-bookmarking site and social-network, introduced a new feature Thursday that allows for more self-expression. The site, where millions of people “pin” products to collections called “boards,” has introduced board covers.

“One of the most requested features was the ability to choose a pin to be the cover for each board,” Pinterest said in a blog post on the update. “Today, you’ll be able to do just that.”

Boards. Pins. Covers. Say what? If these things are foreign concepts to you, then you’ve missed out on the most mind-blowing social-networking craze to hit the web in years. Pinterest, first launched in 2010, ballooned to 17.8 million unique visitors in February and could already be worth as much as $500 million. It’s particularly loved by arts, crafts, and food enthusiasts, with everyone from Reese Witherspoon to President Obama using it.

The new feature, live now, is as simple as they come. As members mouse over boards, they’re greeted with an “Edit board cover” button, which they click to highlight a favorite pin. The board-cover option also enables users to drag images around for optimal placement.

The board-cover feature, a relatively minor update to the overall Pinterest experience, replaces the former default look in which the most recent pin served as the board cover. It ties in nicely with the recently enhanced profile pages by adding a pinch more overall panache.