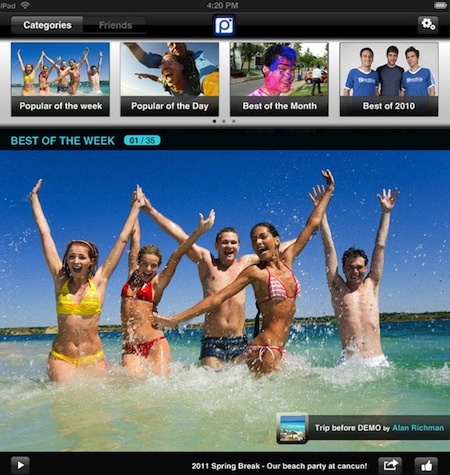 Pixable, a New York City startup offering a new way to explore your friends’ photos, just announced that it has raised $3.6 million in a second round of funding.

The company has released several apps, but its focus seems to be on Photofeed, an app that launched earlier this year (Pixable launched the iPad version at the DEMO conference). Photofeed is supposed to help users explore photos that their friends have already posted on Facebook, using Pixable’s “WonderRank” technology to prioritize images that would be most personally interesting based on factors like Facebook Likes and what kind of photos users have liked in the past.

Pixable says Photofeed has now sorted 10 billion photos for its 500,000 users. It has plans to expand beyond the Web and iPad to iPhone and Android devices, and to add video browsing too.