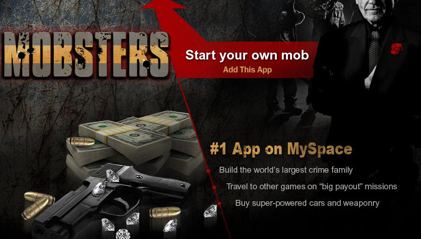 Virtual goods may be making billions of dollars for some web companies in Asia, but the business model — which can be as simple as letting users buy virtual jackets for their avatars using real money — hasn’t been a hit here until recently. For what has likely been more than a year now, third parties on social networking platforms offered by Facebook, MySpace and other sites have been experimenting with various forms of virtual goods and currencies — and some have been doing quite well. Playdom is the latest company that we’re hearing some interesting things about — including a rumor about its revenue numbers and financing plans, a board member who’s also a Facebook executive, and a lawsuit.

It made nearly $10 million in the fourth quarter of 2008, says one source, after a strong second quarter and relatively weak their quarter. Another source says that while things have been good at the company, the amount was a lot less than that. Playdom itself says only that it was profitable last year and is profitable now, and has been financing its growth through the money it brings in. That growth include plans to triple its staff from its current 43 people by the end of the year, it says, following on a full-scale expansion to Facebook that it began earlier this month.

How is Playdom making money? Through virtual goods of various sorts in games, which until recently have mostly been made for MySpace; titles include Mobsters, Mobsters Overdrive, Poker Palace, and Bloodlines and others. Mobsters, the largest mafia-style role playing games on MySpace, lets users earn points through completing missions, then use these points to do things like buy virtual weapons upgrades. What if users want to get more points fast? They can pay for them using real money or earn them through participating in advertiser offers that Playdom makes available within the game.

Revenue is a half and-half-mix right now, chairman and co-founder Rick Thompson tells me. Some critics have considered offer-based revenue to be overvalued at this point, as the leads generated in this form of advertising have proven to be not worth very much on the web. Maybe offers in games will prove to be more valuable in the long run? In any case, Playdom has been increasing direct payments from 30 percent of revenue six months ago, he says.

Meanwhile, there’s a rumor going around Sand Hill Road that the company has been looking at raising a round. This possibly-inaccurate word on the street is that the company has even been rejected from a round that would have valued it at $200 million — with the rejection coming in part because it doesn’t have an experienced chief executive and because it faces a lawsuit (here) from rival gaming company Psycho Monkey. Thompson flatly rejects this rumor about funding, saying that the company has had many inquiries from investors but is putting off any serious fundraising discussions until the summer — and that he’s also heard this rumor. 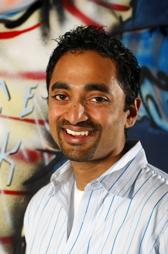 With reference to the CEO question, Thompson says that co-founder and current chief executive Dan Yue has long planned to move into a product-focused role. The CEO search the company is doing now is separate from any investment the company may take, and rather it’s a part of its across-the-board hiring efforts.

The lawsuit, meanwhile, appears similar to the one that Psycho Monkey has brought against Zynga — both Playdom (formerly known as “YouPlus”) and Zynga allegedly copied Psycho Monkey’s Mob Wars gaming application on Facebook. That case is still pending, as far as I’ve heard, and both Zynga and Playdom aren’t commenting. As regular VentureBeat readers will note, this lawsuit follows the resolution last December of a between Psycho Monkey creator David Maestri and rival social gaming company SGN. Per the “amicably” concluded agreement, Maestri is — how does one say — the godfather of the Mob Wars game, but SGN has the rights to build its own mafia-themed games. From my understanding, Psycho Monkey claims to have evidence that Zynga and Playdom some how stole intellectual property from it in making their own mafia games — but in the world of social networking apps, copycatting is rife and very hard to enforce. One has to wonder how seriously a potential investor in Playdom will take this lawsuit.

Meanwhile, Playdom has been stocking its own real-world arsenal in the form of bringing on Facebook executive Chamath Palihapitiya to its board of directors — a former investor at the Mayfield Fund, he’s among other things helping to provide the Sand Hill connections. He’s technically also an angel investor in Playdom, the company says, as he participated in an early bridge round. For those who question whether there’s a conflict of interest here, Facebook tells me it has an internal procedure for reviewing its employees’ involvement with outside companies — and Palihapitiya is approved to be involved in this role at Playdom. Palihapitiya has himself been rumored to be looking at leaving Facebook — a rumor completely denied by Facebok and Playdom, as well as others who know him, so we shouldn’t expect him to become Playdom’s CEO any time soon, it seems.