Firefox 3 already broke a Guiness world record when it launched last month and was downloaded more than eight million times in the first 24 hours. Now, in a demonstration of the increasingly common intersections between web technology and pop culture, Firefox parent company Mozilla has some stats up that precisely calculated the impact of a mention it received on the popular Colbert Report TV show. Mozilla tracked the minute-by-minute download rate to try to detect the correlation between it and the Colbert mention. When show host Stephen Colbert, in his comedically self-promoting way, said “Firefox 3 just got the Colbert bump,” the Firefox 3 download rate did indeed get the bump. See graph, below. You can watch the mention, above. 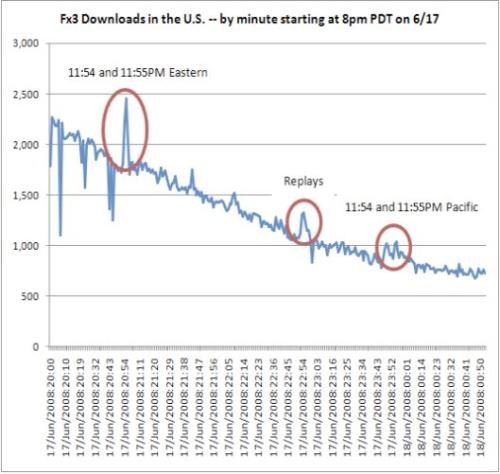