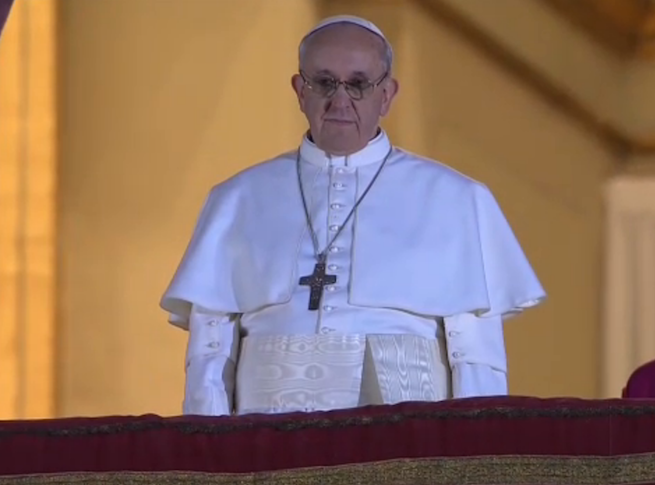 We have a new pope and it seems that despite all the activity at the Vatican, the conclave was still able to take to Twitter to announce his arrival.

“HABEMUS PAPAM FRANCISCUM,” tweeted those involved with the Pontifex Twitter account. It is roughly translated into “We have a Pope, Francis.”

Pope Jorge Mario Bergoglio of Buenos Aires, Argentina is the first Jesuit Pope. And while that’s the most important “first” of this news, this also marks the first time a Pope was officially announced on the social media site, proving just how valuable Twitter is for breaking news. And if you weren’t one of the hundreds of thousands of people gathered in front of St. Peter’s Basilica, you were likely watching the event on Ustream or any of the other livestreaming platforms out there.

Of course, we’ve got to wonder: Will he use line breaks when he tweets?

Image via The Telegraph livestream