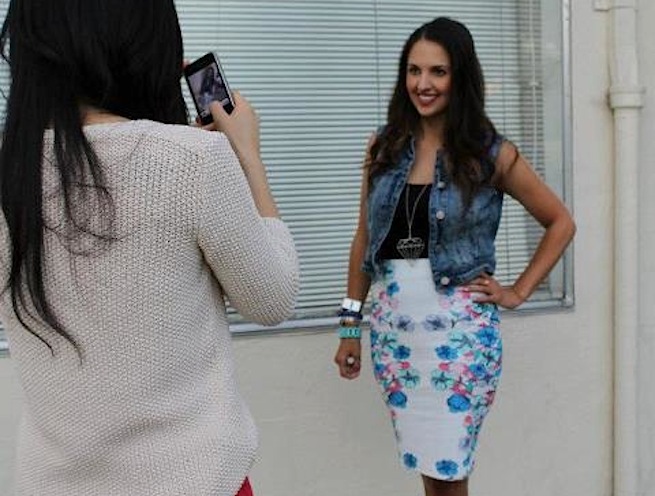 Did you just have your mouse over the buy button on a zebra print jumpsuit? Oh, honey, no. Social shopping app Poshmark opened a new feature just for you today. The company is letting users create showrooms out of their favorite fashion items to help give style newbies a little direction.

“We’re just focused on growing now because the basics … are solved,” said Manish Chandra, chief executive of Poshmark, in an interview with VentureBeat. “And now it’s just growing. July was an exponential month.” 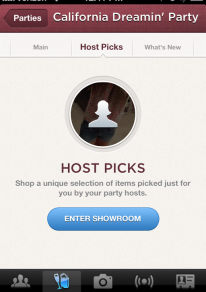 Poshmark is an iOS application that lets people buy and sell fashion items during “Posh parties.” Think of it as a tech-y Tupperware party, where Poshmark takes a cut of all the merchandise sold. The parties are centered around a theme such as “summer colors” or “Diane von Furstenberg” and are hosted by one person. Anyone can add items for sale that fit the theme, but you need to RSVP to the party first.

Showrooms are an attempt to help party hosts “curate” the best pieces submitted to their party, while also building a brand for themselves. Just like on Twitter, Tumblr, or Pinterest, people with the most interesting content develop a following. Chandra said one user, Tracy, who goes by the name of “McNubbin” has a large number of dedicated fans (over 36,000) who snatch up anything she puts on her Poshmark account. It’s this kind of person Poshmark wants as a curator — someone who can pluck other users’ items from the crowd, making them easier to find (and buy).

“I think almost every day I’m wearing something from Poshmark. I got these pants from Poshmark,” said Tracy “McNubbin” at a Poshmark host party in San Francisco.

Showrooms topics will also include a “What’s New” room for recently added pieces and ones for specific designer labels.

According to Chandra, 15 to 20 percent of Poshmark’s users come back every day, 40-50 use the app every week. An average Poshmark user spends “over 25 minutes a day” on the app. In comparison, Facebook users spend on average of 13 minutes a day, or six hours and 33 minutes a month.

We all know how addicting news feed stalking is.

What makes the Posh party experience more interesting than a sale on Etsy or eBay is the social aspect. People are able to comment on items and ask about fit or quality. Because of the activity in these parties, and the Facebook-esque commenting system, people often respond in real-time. There is also a liking system, which reminds me of Pinterest. In a very Pinterest way, when you like something, it is saved for you to revisit when you’re making purchase decisions. 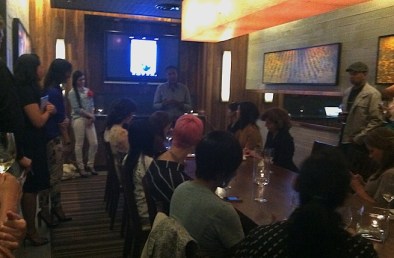 Above: Manish Chandra at a Poshmark Host Party in San Francisco

Chandra explained that the problem Poshmark has with its current Posh party model is the long stream of products. In just two months, the company has seen a blast of activity, with items posted rocketing from 50 a party to 15,000. That’s a long stream of shirts to sift through. The showrooms, which separate out the best items, provide a much needed break.

Chandra expects Poshmark will have a run rate of around $500 million by the end of 2012.

But the hosts aren’t done when the Posh party is over. Chandra is now starting to hold real-life parties around the country. You won’t be able to bring your clothes to sell at these parties. Instead, Chandra will introduce local Poshmark hot shots (we saw McNubbin at the San Francisco event) who will say a few words while a dedicated Poshmark party runs on the app during the event. 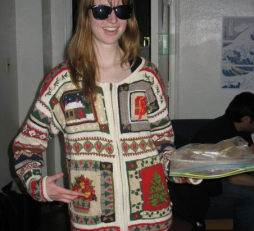 Above: Why yes, that *is* me in an ugly Christmas sweater, how sweet of you to ask.

One user, who video-chatted with Chandra at the San Francisco kick off party, explained that she and her friends sit around with wine and actually pass the phones to each other to get friends’ opinions. Another user who attended the party said that around Christmastime she and her friends will call each other out in the comments section of an item using “@handle,” similar to Twitter. That signals to the friend that she wants that item for her Christmas present so they can buy it on the spot.

Hey, at least she’s not getting what’s in that picture on the right.

Showrooms are only the first in a line of changes we will see from Poshmark in the coming months. Expect to see a Web version out soon, but don’t come with cash. Chandra wants to keep the buying aspect completely mobile for now. You will be able to cruise through people’s items on a bigger screen, but the company will have to figure out a seamless way to find an item on the PC and then find it again on the mobile app.

An Android app as well as better search functions are also in the works.