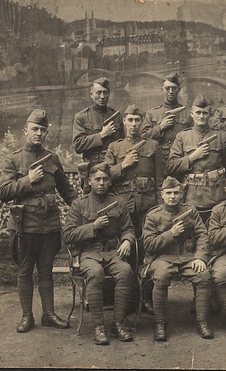 Perhaps you heard yesterday that Microsoft was back at the negotiating table with Yahoo — not about a full acquisition this time, but rather about buying Yahoo’s search business. That probably makes more sense (in the short term at least), but it seems such a letdown after the potential of two giants merging in a $40-50 billion deal. As such, the blogosphere has seemed to kick up a new (and old) rumor: That after Microsoft buys Yahoo’s search business for a few billion, it will scoop up the whole of Facebook.

As far as I can tell, the origin of this rumor is John Furrier saying this:

“Why would such a complicated transaction (just Yahoo search with all the headaches and all) be in the cards for Microsoft? After the failed bid for $40 plus billion for all of Yahoo, Microsoft’s intentions are clear. Buy the search business from Yahoo and take that team and go spend at least 20 billion for Facebook. Integrating the search team at Yahoo with Facebook puts a formidable army to take on Google.”

That’s not even a rumor, it’s an idea, but somehow that has morphed into a rumor. [update – In a comment, Furrier claims there is more to this than just an idea, and maybe there is, but he’s not presenting much to back that up yet. He also has a new post with thoughts on Zuckerberg’s denial of the rumor.]

That’s not to say it’s an implausible idea. Right after the initial Microsoft/Yahoo deal fell apart, there were whispers that Microsoft was gauging Facebook’s interest in an outright purchase (Microsoft bought a small percentage of the social networking site last year for $240 million). The Yahoo Search-Facebook double whammy certainly seems like something Microsoft could and would do.

The real question is: Would Facebook go for it? BoomTown’s Kara Swisher thinks it’s possible because of growing concern that the company’s IPO (the end game for many) might not happen until 2010 and the company has a lot to prove in terms of its business model until then. In other words: Why not cash out now?

On the other hand, Facebook founder and chief executive Mark Zuckerberg continues to stress the company’s independence. He could take $20 or so billion now from Microsoft, but then of course, Microsoft would be in charge.

If a Microsoft acquisition of Facebook were to go down, it would make for some great fodder in the Microsoft/Google war that I’ve been writing about for a while now. Up until now the social networking aspect seemed like a proxy war to the larger conflict, but with such a deal, that battle could take the forefront. Facebook and Google are already bickering over how data portability should be handled and a closed versus open system — just imagine if Microsoft gets into the same fight with Google. It’s easy if you try.

update 2: Valleywag’s Owen Thomas has a more straightforward report on the matter. According to his sources:

Microsoft has asked if Facebook would sell, and gotten an unequivocal “no.”