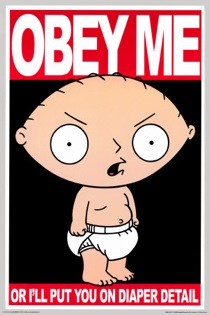 A new project, “Seth MacFarlane’s Cavalcade of Cartoon Comedy,” will debut in September — in your web browser, according to the New York Times. Okay, big deal, web shows are old news. Except that this one will play in the space reserved for Google AdSense ads on a multitude of sites that Google deems the perfect fit for the content.

No one is going to sit around and watch a 30-minute program in a tiny window on a random site, but these shows will only be two minutes long. MacFarlane has made 50 of them.

MacFarlane will receive a percentage of all ad revenue made off of these clips. And that is where things get more interesting, because in a separate deal with some of the advertisers, MacFarlane is also creating some of the animated ads that will run alongside the show (most likely in preroll form).

Such deals don’t come cheap. This deal represents “by far the largest amount spent on original Internet content to date,” according to the Times. Specifics were not given, but it is a multimillion dollar deal.

But that will seem like a relative bargain if this move pays off for Google. The web is such a dynamic place and while advertising continues making the move to it, it’s thinking outside of the box that will likely pay off in the end. That worked for Google the first time around, can it again?

And if it doesn’t, MacFarlane can always sell the content on DVD.